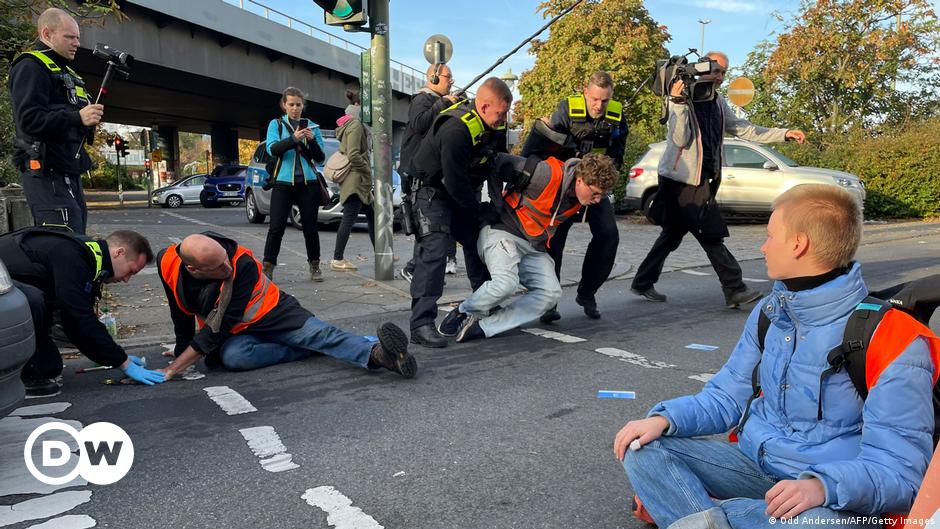 The climate activist group Last Generation will not be monitored by Germany’s domestic intelligence services, its chairman Thomas Haldenwang said.

“I do not recognize that this group is against free internal order and therefore it is not an object of observation for domestic intelligence services,” Haldenwang said Wednesday night.

Despite the activists having blocked roads and defaced works of art, “committing crime does not make the group extremists,” he said.

Haldenwang then criticized previous comments by Alexander Dobrindt of the Christian Social Union, who said that the action group must be prevented from becoming a militant group. Haldenwang called this “nonsense.”

Haldenwang added that his office’s job was to protect a free democratic order and that the last generation’s demands for government action on climate change showed respect for the current democratic system.

While criminal acts were punishable, that was the job of the police and the courts, and it would be inappropriate for intelligence agencies to interfere, he said.

Who are the last generation?

The Last Generation is a group of activists fighting climate change by generating public outcry through civil disobedience, such as desecrating works of art or blocking roads.

Currently, the group is demanding the return of the €9 ticket, as well as a speed limit of 100 km/h on German motorways.

None of the artworks were damaged.

There is public outcry among German citizens, with many claiming that these are the wrong methods for bringing about change.