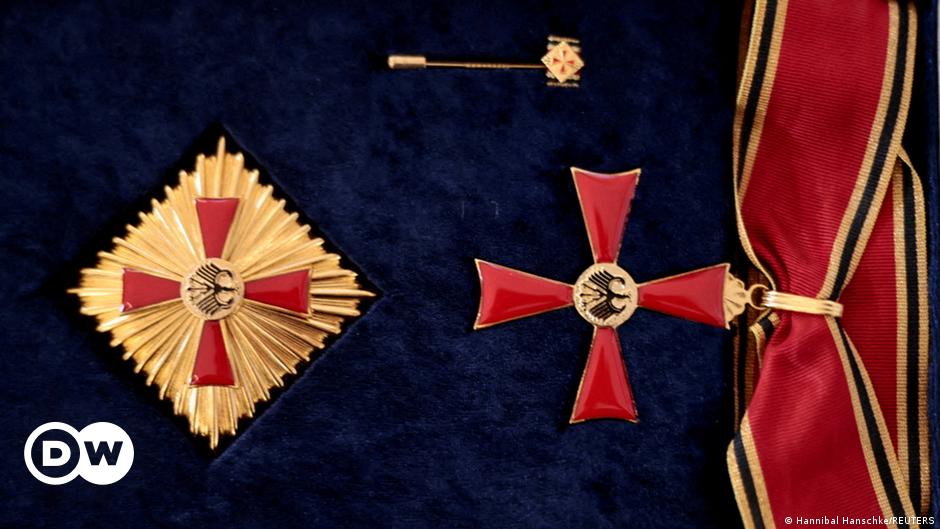 The office of German President Frank-Walter Steinmeier on Wednesday announced a 40% quota for women for the Cross of Merit award.

Also known as the Order of Merit, the award is equivalent to a knighthood and represents the highest tribute Germany pays to individuals for their services to the nation.

The president’s office said fewer women have been awarded Germany’s highest award than men, precisely at a frequency of one-third.

This was recently reported by the German newspaper South German Zeitung said the Federal Cross of Merit was awarded 1,111 times last year. Women made up 34% of recipients.

What did Steinmeier say?

“Women are doing great things in our society,” the German president said in his aides’ statement. “Whether in associations, companies, at universities or in culture – women provide cohesion, humanity, progress and creativity.”

He called on citizens to nominate more women for the prize.

“Have a look around, in your neighborhood, in your free time, with your female colleagues. The Order of Merit is based on the suggestions I get from citizens.”

The award is a way “to give more women the recognition they deserve,” he added.

Who can be awarded the German Cross of Merit?

According to the Office of the Federal President, Germans and foreigners can be awarded the Cross of Merit for political, economic, social or intellectual achievements, as well as outstanding services to Germany.

There is no cash prize associated with the prize.

Last year’s Cross of Merit winners included General Jens Arlt for his role in the evacuation process in Afghanistan and BioNTech founders Özlem Türeci and Ugur Sahin for developing a coronavirus vaccine.