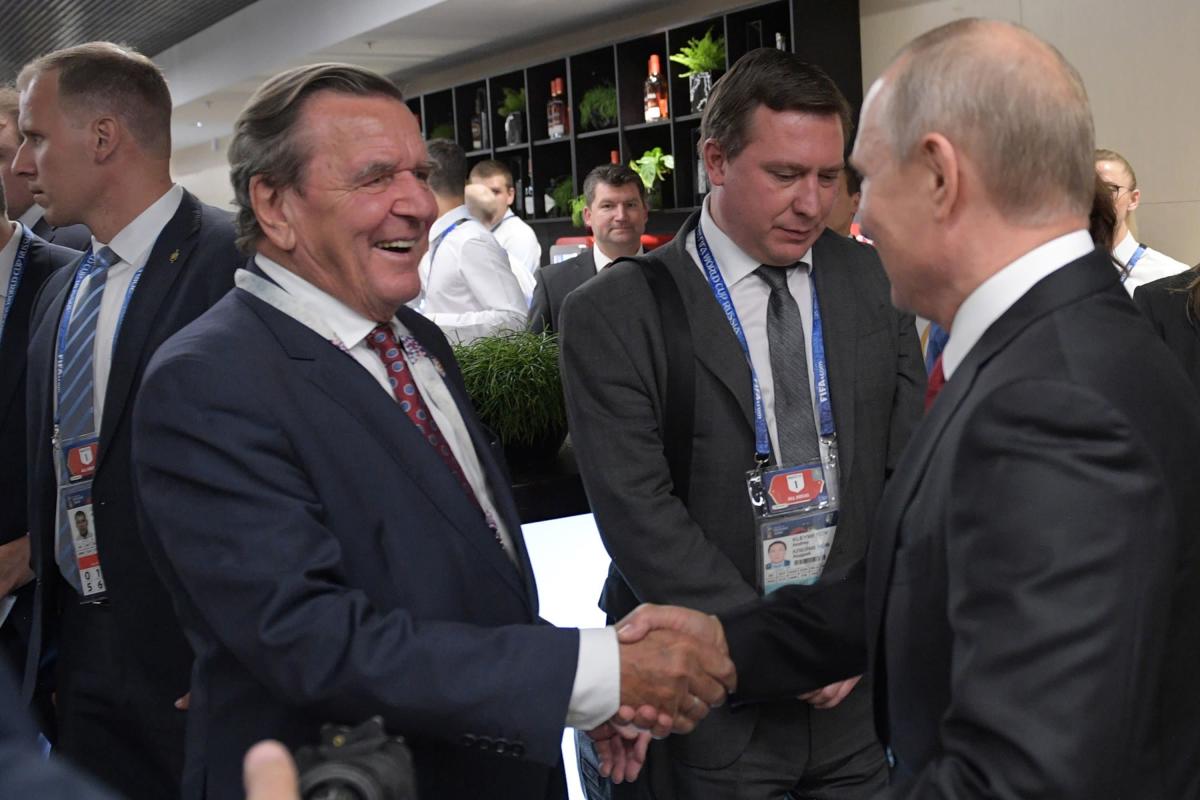 (Bloomberg) — Germany’s controversial former chancellor Gerhard Schroeder, who has been thrown adrift by his own party over his ties to Vladimir Putin and lucrative jobs at Russian state energy companies, said he met with the Russian president last week in Moscow and insisted that the Kremlin be open to talks to end the war in Ukraine.

“The good news is that the Kremlin wants a negotiated solution,” Schroeder told the German magazine Stern in an interview published Wednesday. Although Russia’s invasion of his neighbor is a “mistake,” the former Social Democratic Party leader said the conflict can be resolved.

Schroeder, who ruled Europe’s largest economy from 1998 to 2005, has been widely condemned for his relationship with Putin. He defended him over alleged Russian atrocities in Ukraine and said he did not think those orders would come from the Russian leader.

Schroeder’s SPD party, which also includes the current chancellor, Olaf Scholz, has ordered the former leader to quit and the process to get him out is underway.

Scholz and other senior members of the tri-party coalition in Berlin have distanced themselves from Schroeder and welcomed a decision by lawmakers to remove him from office in the House of Representatives.

78-year-old Schroeder’s recipe for a negotiated settlement reflected many of Moscow’s demands in the war.

Ukraine must relinquish its claim to Crimea — which Russia annexed in 2014 — as well as its NATO aspirations, Schroeder said. The eastern Donbas region should remain part of Ukraine, although the Russian minority there should be given special rights, he added.

Both sides should make concessions, Schroeder said, indicating that Turkey could play a mediating role.

Germany could avoid an energy crisis this winter by reactivating the now-defunct Nord Stream 2 pipeline, Schroeder said. He negotiated the first deal for the pipeline, a direct gas link between Russia and Germany, as chancellor and chaired the shareholders’ committee of Nord Stream AG.

“If you don’t want to use Nord Stream 2, you have to face the consequences,” said Schroeder, who attempted to talk to Putin weeks into the war. He reiterated that he would not leave the Russian leader and said he could be “useful”.