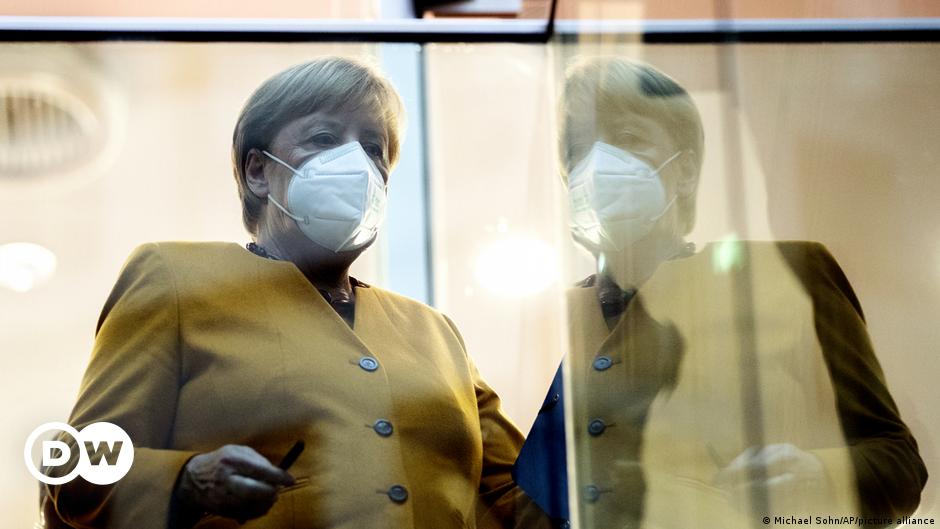 German Chancellor Angela Merkel said on Tuesday that Germany will need to reopen cautiously and step by step to avoid a sudden return to lockdown if COVID infections resume.

“We cannot afford ups and downs,” Merkel told participants of an online conference of the center-right parliamentary group CDU / CSU, according to several sources who spoke to reporters after the meeting.

Next Wednesday, Merkel will meet with leaders of Germany’s 16 states to discuss ending a lockout that began in November and has been extended until at least March 7.

What are Merkel’s plans?

Merkel told lawmakers on Tuesday that Germany was currently in the “third wave” of the coronavirus, as variants of the rapidly spreading virus continued to circulate.

The chancellor told lawmakers the easing of restrictions should be done in three stages.

The first is the lifting of restrictions on personal contact between households, school monitoring and sports. The third step would be the reopening of restaurants and cultural institutions.

These reopenings should be combined with increased testing capacity. The federal government plans to provide free access to rapid coronavirus tests by the first week of March, after delaying the rollout.

Immunization of teachers and day educators should also be a priority. Elementary schools and daycares have been opened in 10 states since Monday.

What is the state of the pandemic in Germany?

One important measure used by authorities is the so-called seven-day incidence, which measures the number of cases over a week in a population of 100,000.

At the last meeting between Merkel and state leaders, a target of 35 infections per 100,000 was set as a precondition for loosening restrictions at the local level.

The current nationwide seven-day average incidence is 60.5 / 100,000, according to the Robert Koch Institute (RKI). However, the incidence rate varies considerably from region to region. In Baden-Württemberg the number is around 45, in Thuringia it fluctuates at 119.

The R-value, which measures the transmission rate, was at 0.98 on Tuesday. This number measures how many more people a COVID-positive person will infect. Keeping the R-value less than one is a sign that the transmission is slowing down.

What are German health officials saying?

On Tuesday, the RKI released a reopening strategy document called “ControlCOVID”. The strategy calls for using monitoring indicators that go beyond the R-value and seven-day impacts to determine the severity of local COVID outbreaks.

These local indicators include the number of free intensive care beds, the incidence of COVID hospitalizations in people over the age of 60, and the proportion of contact persons by infection who can be followed.

The RKI also calls for the use of three “intensity levels” to determine how far restrictions can be relaxed in a particular area.

For example, level one implies a seven-day rate between 10 and 35, and would allow between 50 and 100 people to congregate inside. Level three, with a rate above 50, calls for lockdown and reduced contact to people in the same household.

Jill Biden opens up about divorce in first solo interview as...