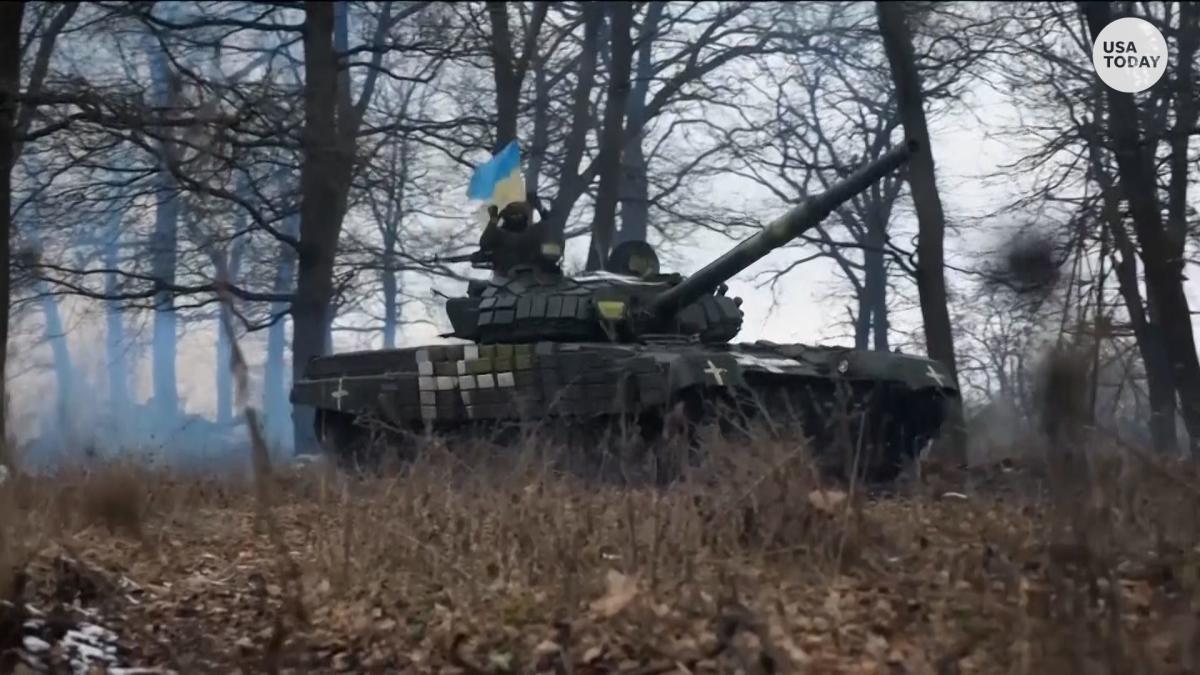 German Chancellor Olaf Scholz announced on Wednesday that his country will supply 14 Leopard 2 A6 tanks to the Ukrainian army, following months of diplomatic pressure from Kiev. It comes ahead of an anticipated White House announcement about sending M1 Abrams tanks to battlefields in Ukraine.

According to a US official, the Biden administration plans to send more than 30 of its front-line battle tanks to Ukraine to bolster Ukrainian forces in the fight against Russia. President Joe Biden is expected to officially announce his plans for the tanks at an event at the White House at noon.

“This decision follows our well-known line of supporting Ukraine as best we can,” German Chancellor Olaf Scholz said at a cabinet meeting in Berlin, adding that the decision was coordinated with international partners.

Scholz said other European partners would also hand over Leopard 2 tanks to Ukraine. He didn’t say how much. In addition to training, Germany’s support package includes logistics, munitions and system maintenance, he said.

And by supplying Ukraine with Abrams tanks, the Biden administration has relinquished its reluctance to send the Pentagon’s most deadly weapons for fear of provoking Russian retaliation. A Russian attack on a NATO ally, for example a supply line leading to Ukraine, could lead to direct conflict, as Biden has vowed to defend every inch of NATO territory.

Why does Ukraine want Leopard 2 and M1 Abrams tanks?

Modern, capable tanks are seen as crucial to Ukraine’s ability to withstand an anticipated spring offensive by Russian forces and help the Ukrainians reclaim parts of their land that were destroyed during the invasion ordered by Russian President Vladimir Putin in have been seized. The Ukrainians operate tanks from the Russian and Soviet era. Western tanks would provide them with vehicles with greater firepower, mobility, and armor.

The Biden administration has already sent Ukraine $27 billion in military aid since the Russian invasion in February 2022. The weapons sent have become increasingly sophisticated and deadly. The tanks and armored personnel carriers that are now being given to Ukraine are the same ones driven by the front-line soldiers of the US Army.

Why has it taken so long to send modern tanks to Ukraine?

The Pentagon has resisted sending the tanks, citing the heavy maintenance it requires, as well as the need for jet fuel for its engine. The German Leopard tank, used by several European allies, runs on more readily available diesel fuel.

“Right decision. But too late!” said Peter Beyer, a German lawmaker who is a senior member of that country’s foreign relations committee, in a private WhatsApp message.

At the start of the Russian invasion, the White House was hesitant to even name some of the defensive weapons it supplied to Ukraine, such as Javelin anti-tank missiles. Over the past year, that reluctance has dissipated as Ukrainian determination and skill on the battlefield has held back the Russian advance and held up the prospect of retaking parts of the country occupied since 2014.

The government’s moves seemed calibrated not to invite a response from Putin. This summer, the Pentagon sent high-precision rocket-assisted artillery systems that Ukraine used to strike deep behind Russian lines, destroying command posts and logistics hubs. But the White House has so far refused to provide longer-range missiles that could hit Russia.

In recent weeks, the Pentagon announced that the Bradley and Stryker armored personnel carriers – the vanguard of US ground attack forces – would be sent to Ukraine. How Putin reacts to Russian tanks being destroyed by US heavy armor will be closely watched.

M1 Abrams, Leopard 2: What can these tanks do that others can’t?

The Abrams is deadly, fast and heavily armored. Weighing about 70 tons, the Abrams carries a 120mm gun and a .50-caliber machine gun. The Abrams was developed during the Cold War and the first tanks were delivered to the military in 1980. They first saw combat in 1991 during Operation Desert Storm in Iraq.

The Leopard 2, Germany’s main battle tank, is known for its range, mobility and precision. It can travel over 300 miles and has a top speed of 42 mph.

This article originally appeared on USA TODAY: Germany sends Leopard 2 tanks to Ukraine; M1 Abrams decision must be made