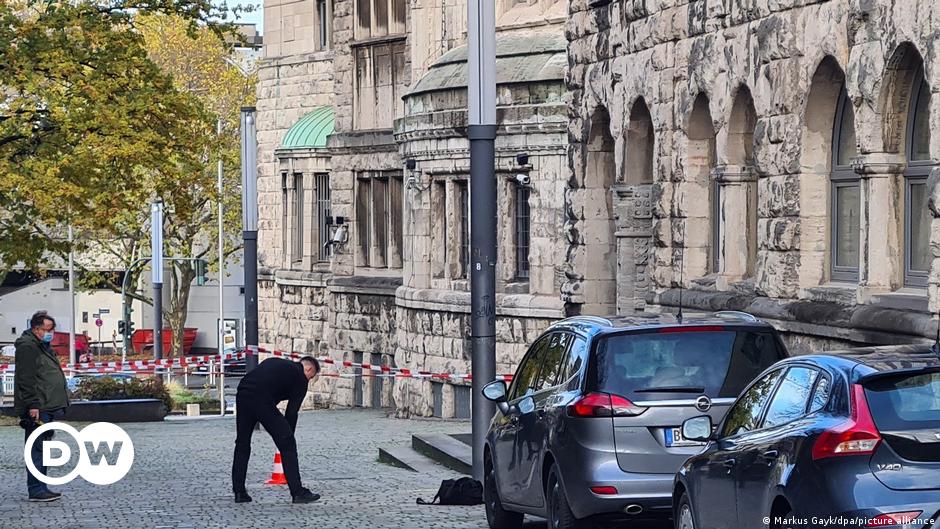 German police launched a large-scale operation around Essen’s Old Synagogue on Friday after bullet holes were discovered in the rabbi’s nearby residence.

North Rhine-Westphalia’s interior minister will arrive in Essen later on Friday to speak with members of the Jewish community and investigators.

Essen police said the incident involves “four bullet holes” fired by a live ammunition weapon, rather than an air gun.

Local media reported that the shots that hit the synagogue were likely fired from a pistol.

No one was injured in the incident and there is no immediate danger to the public, authorities said.

Police searched the area with an explosive-sniffing dog to “rule out other sources of danger”. So far there are no indications of possible explosives at the synagogue or in the surrounding area.

Authorities said they were in contact with the Jewish community and Essen city officials.

According to a report from the Frankfurter Allgemeine Zeitung newspaper, the shooting and suspect were filmed on security cameras.

Germany’s Justice Minister Marco Buschmann said he was “shocked by this latest attack on Jewish life in Germany”.

“Antisemitism should have no place. It is our duty to protect Jewish life,” he tweeted.

The Old Synagogue in Essen is now an important place for German Jewish culture and history. Events and exhibitions regularly take place in the synagogue.

The cultural monument is one of the largest free-standing synagogues in Europe, built at the beginning of the 20th century.

The attack comes just over three years after a fatal shooting at a synagogue in the East German city of Halle.

During the October 2019 attack, a gunman killed two people after failing to storm a synagogue on the Jewish holiday of Yom Kippur. Prior to the shooting, the attacker posted an anti-Semitic, racist and misogynistic manifesto online.