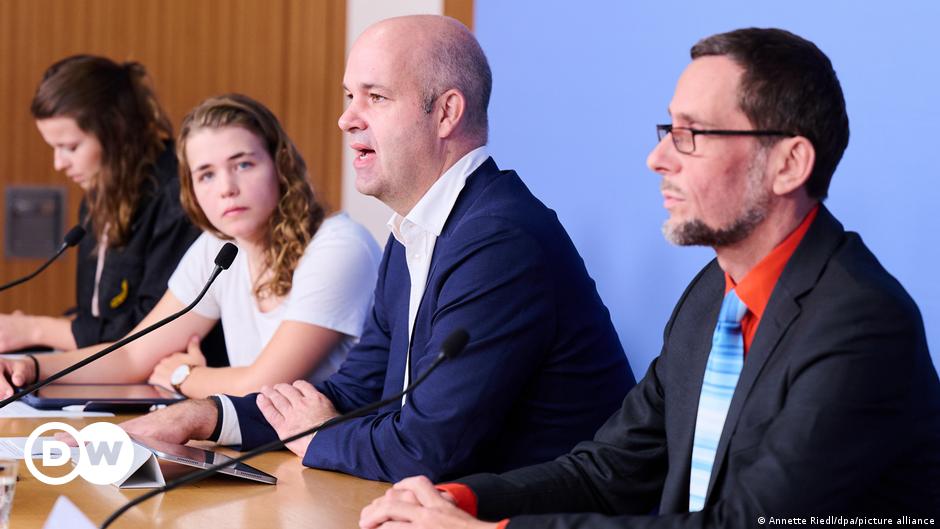 Economists, scientists and environmentalists gathered in Berlin on Tuesday to demand that Germany set aside €100 billion ($100 billion) for a climate change fund.

Marcel Fratzscher, the chairman of the German Institute for Economic Research, said the money is needed in part because Germany is not investing enough in solar and wind energy. Adequate funding would have made the country less dependent on fossil fuel imports that now contribute to energy poverty, Fratzscher said.

“These mistakes must now be corrected,” he told reporters.

The Fridays for Future youth movement, which is helping to coordinate a global climate protest scheduled for next week, also supported the idea. Prominent member Luisa Neubauer said Berlin could get a signal from Washington, where President Joe Biden recently signed a bill earmarking $375 billion in federal investment to fight climate change over the next decade.

Fratzscher suggested that additional tax revenue the German government receives because of rampant inflation could go into the fund, which would resemble a similar financial vehicle the government has recently created to boost the military. Treasuries were already up $29 billion in the first half of the year, he said.

Volker Quaschning, a leading climate scientist at the Berlin University of Applied Sciences for Engineering and Economics, said the idea was a good start. However, he pointed out that €100 billion was only a fraction of the total amount needed to transform Germany into a low-carbon economy and make the country resilient to the effects of global warming.

Quaschning added that some of the money should go to developing countries whose resources had been exploited by the West and now need help to make their economies and infrastructure resilient to the challenges that climate change will bring. He cited the recent floods in Pakistan as an example.