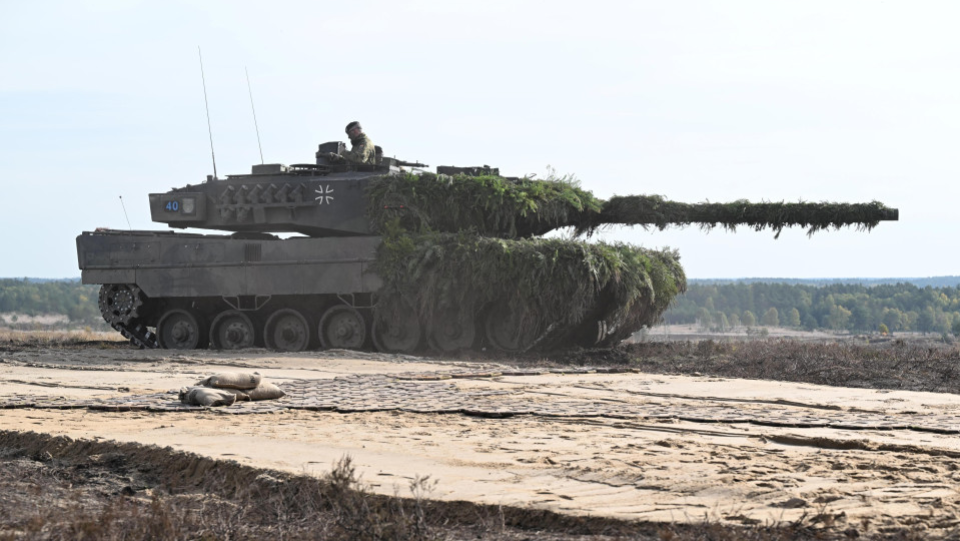 Germany will supply 14 of its Leopard 2 main battle tanks to Ukraine and allow other countries that have purchased the model for their armed forces to do the same, the government said on Wednesday.

The announcement comes amid reports that the United States plans to supply M1 Abrams tanks to Ukraine as it marks a year since the Russian invasion of Ukraine approaches in less than a month.

ALSO READ  What exactly is Emmanuel Macron's policy towards Ukraine?

A Germany Leopard 2 main battle tank is seen during a visit by German Chancellor Olaf Scholz to the Army Training Center at Ostenholz on Oct. 17, 2022, near Hodenhagen, Germany. (Getty/TBEN)

US news and media organizations have reported that the US government may announce as early as Wednesday that it will send about 30 to Ukraine. TBEN reported that 12 countries agreed last week to deliver a total of 100 Leopard 2 tanks to Ukraine once Berlin gives its approval.

Germany had been reluctant to supply the tanks to Ukraine for fear that the war could spread to countries that are part of the North Atlantic Treaty Organization, but it has now changed its position.

The German tanks will be some of the most powerful pieces of military equipment to be delivered to Ukraine as the armed forces continue to fight Russia’s invading forces, and are likely to intensify ground fighting in the east of the country near the Russian border.

The Bharat Express News - February 6, 2023 0
Bill Russell is the biggest winner in the history of American professional sports. Over the course of his 13-year career with the Boston...