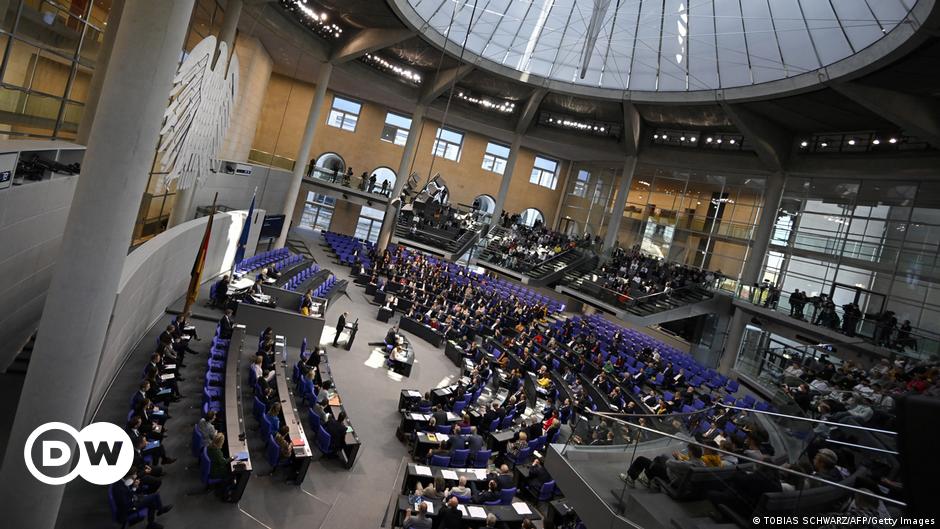 Germany’s parliament will begin its “general debate” on the 2023 budget on Wednesday, with the current energy crisis in Europe likely to play a major role in the discussions.

The four-hour debate in the Bundestag, the lower house of parliament, is seen as the pinnacle of budget discussions and traditionally a forum for heated debates over government policy between the Chancellor and opposition leaders.

The proceedings began with a fierce attack on government policy by the leader of the opposition Christian Democrats, Friedrich Merz, who accused the coalition of neglecting the opportunity to reform Germany in a crisis situation largely triggered by the Russian invasion from Ukraine.

Chancellor Olaf Scholz refuted Merz’s criticism of the government’s handling of the war in Ukraine, highlighting, among other things, the decision to break with the previous policy of not supplying weapons to conflict zones.

As an example of how his government has moved with the times, he said it was investing heavily in critical infrastructure to move Germany away from its famed status as a digitally backward country.

He accused the conservative CDU/CSU bloc of operating in an “Alice in Wonderland” world where reality was turned upside down.

He also praised Tuesday’s compromise on social security reform “Bürgergeld” as a “good solution”. The reform, which is supposed to replace the so-called Hartz IV unemployment benefit, has undergone several changes after being blocked by conservatives in the upper house on Nov. 14.

Scholz also said his government was fulfilling commitments to help families, including increasing child benefits by up to €31 a month – the largest increase in the history of modern Germany.

Speaking of the current energy crisis being caused in part by Russia’s reduction in gas supplies amid tensions over its invasion of Ukraine, Scholz said Germany had the crisis “under control” and that while subsidies would not stop energy price increases completely, they would help to reduce them. to a “bearable level”.

“We are ending the shortcomings of an energy and trade policy that has led us into a unilateral dependence on Russia and China in particular,” the chancellor said.

Germany had the strength to face the crisis and emerge stronger, he added.

TBEN chief political correspondent Nina Haase, who followed the speech in the Bundestag, said Scholz’s main message was: “We have things under control, but we have to work very, very hard now.”

She noted that Scholz had emphasized his administration’s task of remedying previous governments’ perceived shortcomings in strengthening armed forces and maintaining and improving critical infrastructure.

On the climate crisis, she said the chancellor had stressed that the industry must make greater use of renewable energy sources to remain competitive in a changing world.

While Germany’s so-called debt brake is set to be restored in 2023 after a three-year hiatus to deal with the economic fallout from the coronavirus pandemic, new borrowing to the tune of more than €45 billion is possible amid recession fears .

The federal budget will be voted on Friday in parliament.