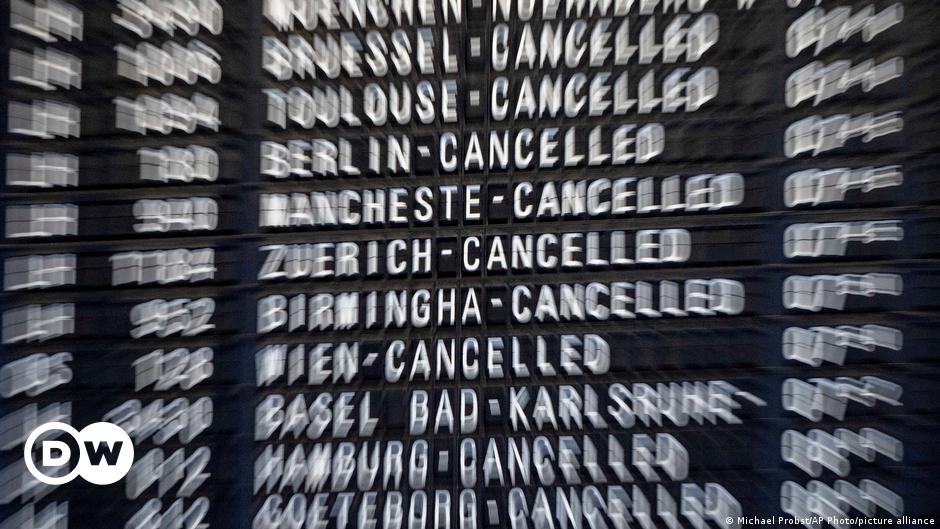 More than 1,000 flights in Germany were canceled on Wednesday, affecting about 134,000 passengers when Lufthansa ground crews went on strike.

More than 600 flights were canceled at Frankfurt airport and many vacancies were left unfilled as workers left. Munich, another major Lufthansa hub, was also affected by the strike, with flights from Berlin, Bremen, Cologne, Düsseldorf, Hamburg, Hanover and Stuttgart also operating

The Lufthansa strike is the latest disruption to air traffic during this busy summer season. The strike affected other airlines that depended on Lufthansa ground staff to assist with their flights.

Many airlines, including Lufthansa, have already been forced to cancel thousands of flights due to strikes and staff shortages. Hours of queues have been reported at many European airports for check-in and security, prompting passenger complaints as many of them return to flying for the first time since the COVID-19 pandemic in early 2020.

The Verdi union called for the strike in hopes of a 9.5% pay increase for some 20,000 workers. The strike is planned to last until early Thursday at 6 a.m. (400 GMT) local time. The organization also warned that further strikes could take place until their demands are met.

Lufthansa called the chaos “a sad day” for those unable to catch flights for vacation due to the strike. The German airline called the strike unnecessary and said it was disproportionate to the state of negotiations.

What about the conversations with the ground staff?

The union and the airline have so far had two rounds of talks on wages, with a third round of talks planned for early August. So far, the airline has only met about half of the union’s demands for pay increases.

However, the union has rejected the airline’s offer, saying it is not enough to keep up with German inflation.

“Should Lufthansa be stubborn next week and fail to improve its offer, we will consider further consequences for union action. Strikes are not ruled out.” Verdi representative Marvin Reschinsky said.