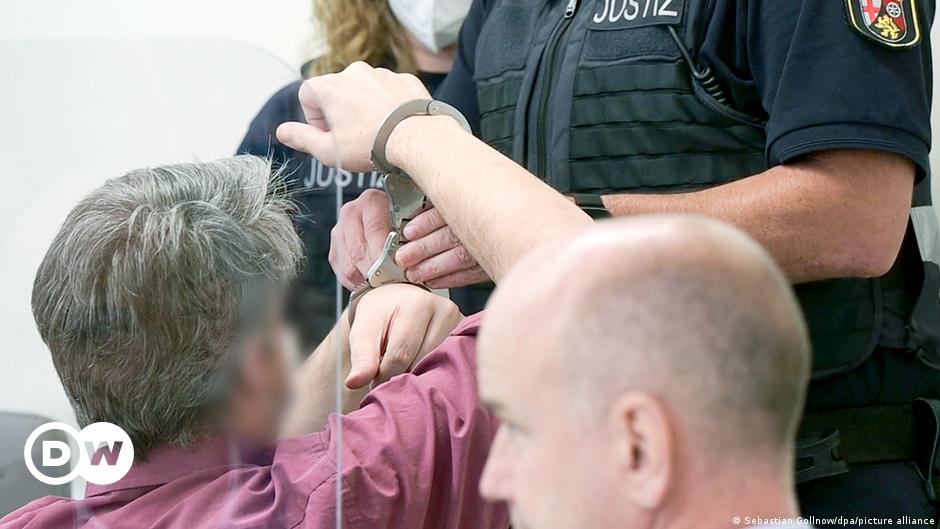 A court in the west German state of Rhineland-Palatinate on Tuesday sentenced a 50-year-old man to life in prison for the murder of a gas station employee.

The defendant, dubbed Mario N. in local media, turned himself in last year after police launched a large-scale manhunt in the town of Idar-Oberstein.

According to authorities, Mario N. said he acted “out of anger” when a 20-year-old gas station worker refused to sell him beer and demanded that he wear a face mask. At the time, the measure was a requirement throughout Germany to contain the spread of the coronavirus.

According to police, the man stormed out and returned to the gas station about an hour later. This time he was wearing a mask, but he took it off and the two men started arguing again.

Mario N. then took a hidden revolver from his pocket and shot the clerk before fleeing the scene.

Prosecutors said Mario N. complained that he was stressed by the coronavirus pandemic and the restrictive measures to fight it, and that he held the victim “responsible for the overall situation because he enforced the rules”.

The murder raised concerns about the radicalization of COVID deniers and so-called lateral thinkers, as it was welcomed in right-wing extremist chats and forums.

Politicians across party lines reacted with horror and dismay.

It was the first recorded incident related to coronavirus measures in Rhineland-Palatinate.