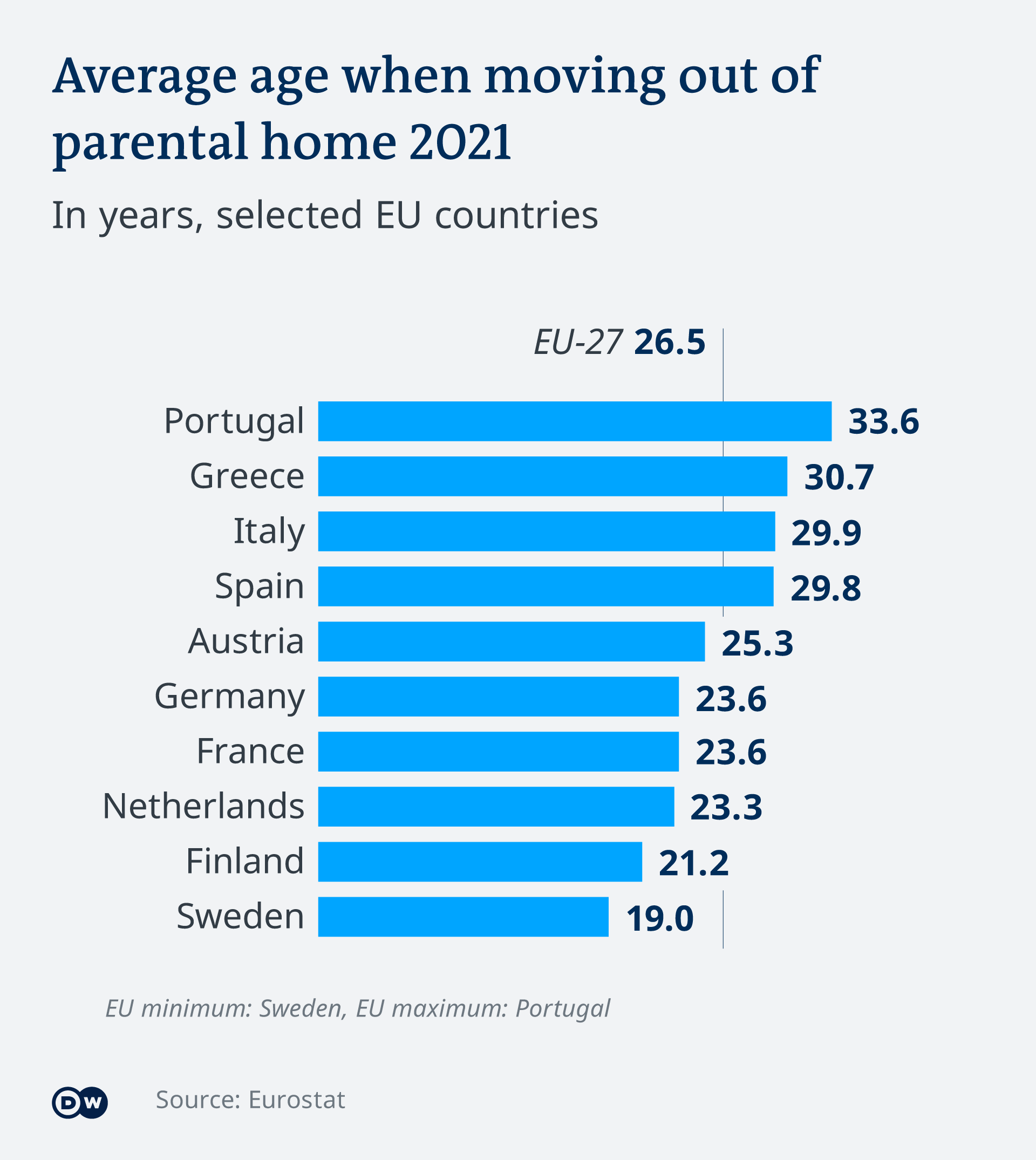 According to data published Monday by the German Federal Statistical Office, Destatis, more than 30% of Germans aged 15 to 24 were no longer living with their parents or guardians by 2021.

That’s the highest percentage in the past 10 years, although the proportion has only been a modest increase of just under 4% over the decade. In total, around 8.3 million young people were measured in the data presented as part of the EU’s “European Year of Youth” initiative.

The findings come a week after Destatis revealed that the percentage of the German population aged 15 to 24 has reached its lowest share since the current records began in 1950.

What do the numbers show?

In Germany, young people left home for an average of 23.6 years in 2021, almost three years earlier than the EU average, according to the EU statistics authority Eurostat.

Young Swedes leave the youngest, on average 19 years old. Portugal had the highest average age of leaving home in the EU, at 33.6 years.

In Germany, on average, young women left home earlier than men, with 27.6% of women in this age group still living at home, compared to 35.1% of men.

Young women who left their parental home earlier than young men applied in all 27 EU countries by 2021, according to Eurostat.

Destatis also said the number of 15- to 24-year-olds living or married in 2021 was the lowest in 30 years. The number of 136,000 married young adults completes a rapid decline over the past three decades.