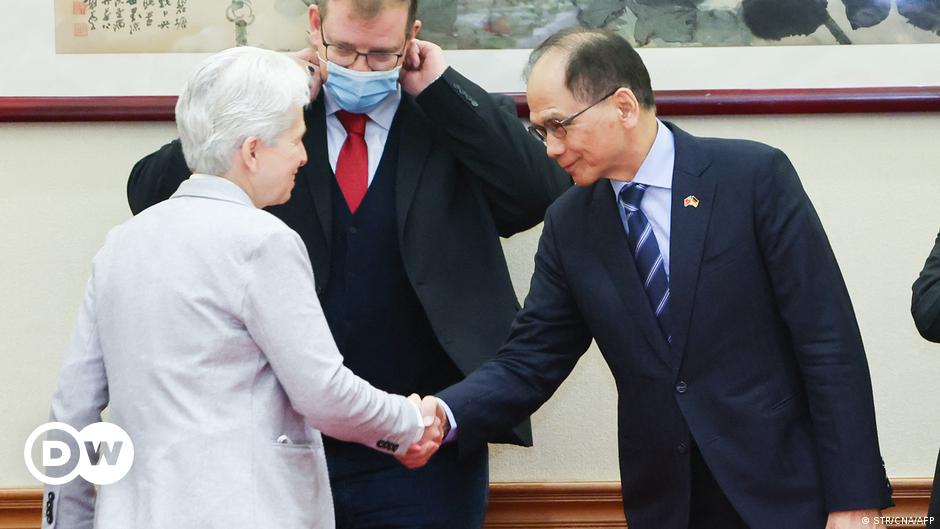 A senior politician in German defense circles told a press conference in Taipei on Wednesday that Berlin has no plans to send weapons to the democratically governed island.

Taiwan, which Beijing considers its own territory, is under increasing pressure from China, which has stepped up military, political and economic pressure to bolster its claims.

German MP Marie-Agnes Strack-Zimmermann told a press conference in Taipei that Germany had been generous in sending arms to Ukraine, but that this would not be the case with Taiwan.

“There is no doubt about sending weapons to Taiwan. That is not the question,” she said, adding that they have spoken to politicians and people in Taiwan “and the question is not ‘please Germany send us weapons’.”

“It’s not about military equipment. I think there are different partners here,” said the politician, who heads Germany’s parliamentary defense committee.

The Taiwanese military is largely equipped with weapons made domestically or by the United States. France has also previously sold fighter jets and warships to the island.

What happened during the trip?

At a rally on Tuesday, Taiwanese President Tsai Ing-wen thanked Germany for its support after meeting with a delegation of lawmakers from the neoliberal Free Democrats (FDP).

“Today, faced with authoritarian expansionism, democracies must work together to uphold the values ​​of freedom and democracy,” Tsai said.

The high-ranking parliamentary delegation from Germany is led by Strack-Zimmermann and deputy party chairman Johannes Vogel.

China has sharply criticized the delegation of some lawmakers from the FDP, the smallest party of Germany’s ruling coalition government. The group landed in Taiwan on Monday for a four-day visit, causing consternation in Beijing.

China considers the self-governing democracy, which has had an independent government since 1949, as part of its territory.

Beijing says its “One China” policy provides the political basis for bilateral relations between China and its diplomatic partners, including Germany.

It has responded by holding military exercises, which some observers see as rehearsals for a blockade or invasion.