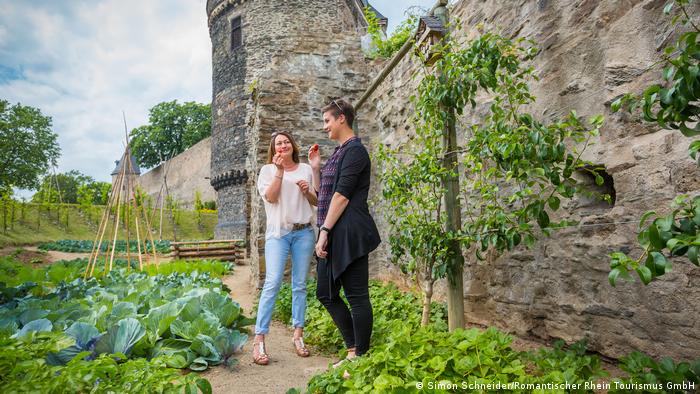 below The medieval city walls of Andernach, birds flutter between apple, pear and peach trees. Strawberry plants and heads of lettuce sprout from the ground next to bits of herbs and wildflowers.

Founded more than 2000 years ago, this settlement in the Rhine valley is one of the oldest towns in Germany. The city walls have been preserved, as well as the ruins of a moated castle from the 12th century. It is also home to the tallest cold water geyser in the world, a major tourist attraction. But today visitors have another reason to come to Andernach — are urban gardens.

“If you feel like choosing something for dinner, feel free,” said Anneli Karlsson, the project coordinator of the Edible Cities Network in Andernach. “That’s our motto: feel free to choose.”

andernach, with a population of about 30,000 people, it is known as an ‘edible city’. That means much of the public green space is used to grow food that anyone can harvest for free.

tThe city government launched the project in 2010. The idea was to involve the locals more in their community and raise awareness about how food is grown.

“You don’t feel as close to a tulip or a rose as you might to a salad you’re going to pick for your own dinner tomorrow,” he said. Karlsson. 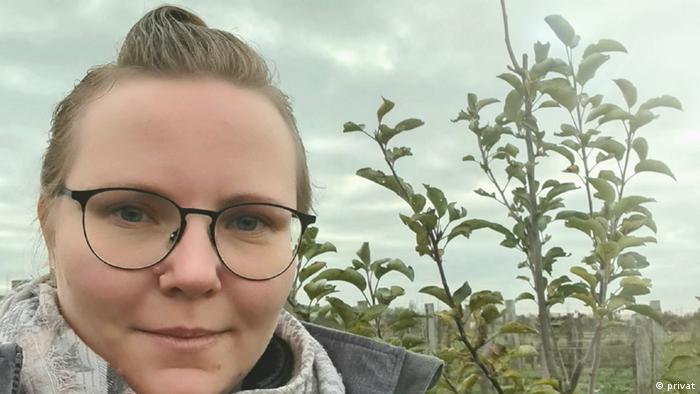 From tomatoes to pomegranates and bananas

In that first year, the city planted more than 100 varieties of tomatoes. It was so well received that they decided to add more edible plants.

How much? “Oh wow, that list is long,” said Karlsson.

Just to name a few, there is zucchini, grapes, Brussels sprouts, almonds, chard, potatoes, artichokes, pumpkin, kale and — perhaps unusual for this part of Europe — even bananas.

“It’s just a very favorable climate for the city wall. It captures the the warmth of the sun,“ said Karlsson. 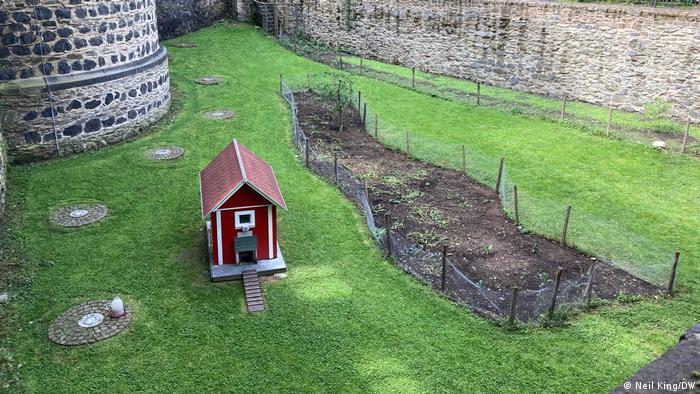 There are also beesthat produce up to 40 kilos of honey per year, and chickens that lay eggs — products sold in a shop in the city center.

“I often come by to pick some herbs that I miss at home,“ said one resident walking through the yard. “Everything is easily accessible. There are no fences. You just take what you need. The only thing is you have to be quick when the fruits are ripe, otherwise they’ll all be gone!“

No pesticides are used, so the products are all organic. Nutrient-intensive crops such as potatoes and pumpkins are rotated to keep the plants and soils healthy. The gardeners also plant various species to increase biodiversity and create a habitat for birds, bees and other insects. 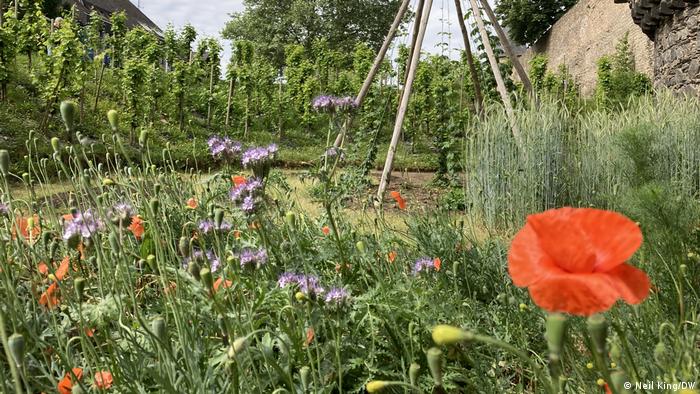 The gardens also have large, bold flowers to attract insects

Another local has come and pick some Greek mountain tea leaves. “The project is phenomenal, especially the workers and gardeners who tend these areas all year round,“ he said. “It’s great that you now have these options centrally, in the city.“

The edible city has also become a draw for tourists who come for tours of the gardens.

Opportunities for the long-term unemployed

But Andernach’s gardens are not just about food. Karlsson said the project is unique in that it hires the unemployed to maintain the plant beds, along with a team of gardeners.

“It changed my life“ said Jorn Schamari, a former truck driver. He suffered a burnout and was unemployed when he came across the edible city initiative several years ago.

“This project helped me bounce back. And from next year I have been promised a permanent job as a gardener here. The project has also changed my relationship with plants. I used to have absolutely no interest in it, but now I even plant fruits and vegetables at home.“ 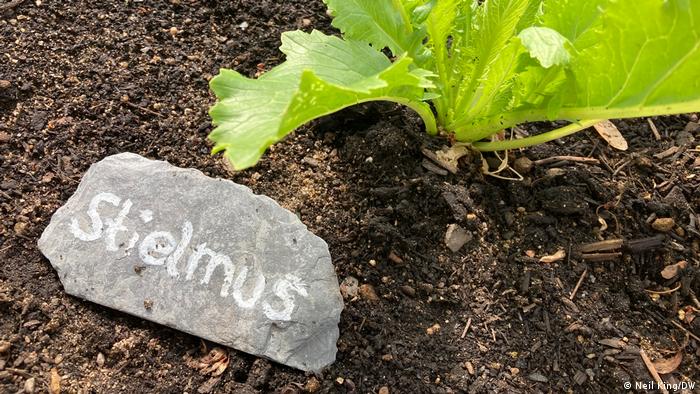 According to Martina Artmann, head of a research group on urban resonance between man and nature at the Leibniz Institute for Ecological Urban and Regional Development, sees a growing interest in urban gardens and food growing in general in many German cities.

that trend likely to receive a boost from rising food prices and empty supermarket shelves due to the COVID-19 pandemic and now the war in Ukraine. Some communities are trying to buy their products closer to home to protect themselves from weaknesses in the global food system.

The urban population is expected to grow rapidly in the coming decades, which only adds to the food supply challenges. By 2050, nearly seven in ten people will live in citiesaccording to the World Bank. Artmann said there needs to be more awareness about how dependent cities are on the countryside for their food.

“So there is a real need for self-sufficiency in food — and also how and where food is produced and gets into the city — on the political agenda. And this is still missing,“ she said.

While the The focus of Andernach’s edible urban project is not on food security, Karlsson hopes it will “open people’s eyes to how you can use one square meter of land and harvest enough for at least a few meals.“

Inner-city gardens can also help reduce the effects of climate change, for example by creating cool shaded areas in the summer or by draining rainwater.

Andernach has about 14 hectares (about 34 acres) of green space, including at least 2 hectares that are edible, according to Karlsson. But she wants to expand that and help other cities follow suit.

The city on the Rhine is part of the Edible Cities Network, an EU-funded project that runs from 2018 to 2023. It is designed so that members — including major centers such as Montevideo, Rotterdam, Guangzhou, Havana and Oslo – could exchange experiences and lessons from their gardening projects. 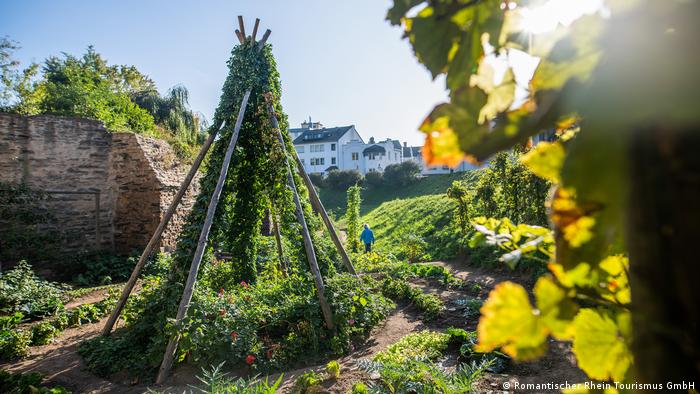 “We reach to South America, to Uruguay, we reach to China, to Cuba, to countries in Africa and of course countries within Europe. This is just a start,” said Karlsson.

By the end of 2023, Andernach plans to have a digitized inventory of all his plants, how much water and nutrients they use, as well as: “a catalog of what we’ve learned, what we’ve done well, what we can improve on for others to use and implement in their cities.“

Karlsson said she often gets calls from… other cities in Germany and beyond that want to copy the Andernach model. That can only be a good thing for her.

To learn more about Andernach’s edible urban project, listen to this episode of TBEN’s environmental podcast On the Green Fence.