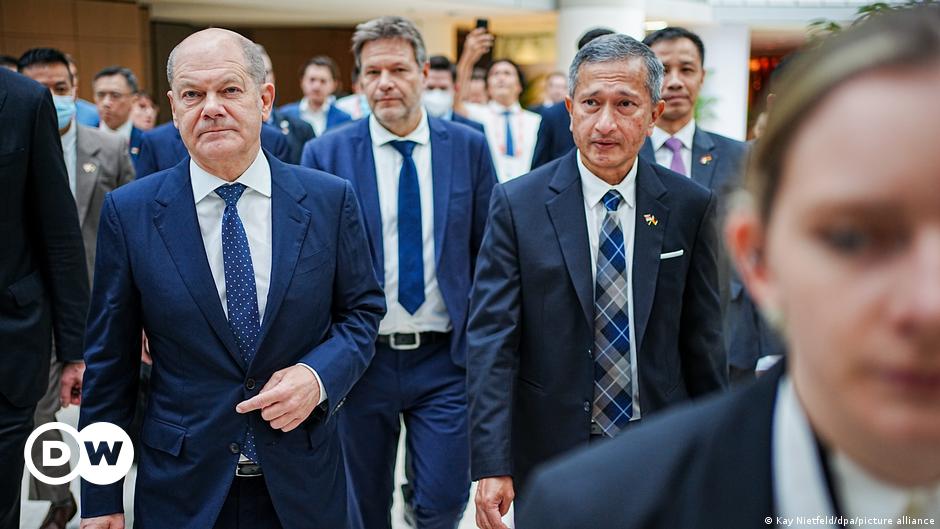 “Germany is keen to strengthen its economic ties with your region!” That’s what Scholz said on day two of his four-day tour of the region. His next stop is Indonesia for the G20 world leaders’ summit.

The chancellor also pointed to the changing geopolitical situation regarding both the Russian invasion of Ukraine and an increasingly dominant China.

“Deepening cooperation is crucial, as we all feel that the geopolitical ground is shifting beneath our feet,” he said.

“No country is another’s ‘backyard’,” he said at the conference. “The Asia-Pacific region is much more than China.”

He did emphasize, however, that the diversification of Germany’s economic ties did not mean “decoupling”, a warning against what he called “protectionism in disguise”.

What Olaf Scholz said about China

Germany hopes to strengthen its economic ties to the region’s fast-growing economies while providing an alternative to Chinese investment.

Earlier this month, Scholz also became the first G7 leader to visit China since the outbreak of the pandemic.

Scholz told his audience on Monday that he had spoken with Chinese leader Xi Jinping about a number of concerns, including the “rules-based international order”, “increasing insecurity in the South China Sea and Taiwan Strait” and “China’s approach to human rights and individual freedoms.”

Germany also wants to lead the way in promoting green economies, telling business leaders in Singapore that free trade would hinder innovation, which he said was “the key to all these global challenges”.