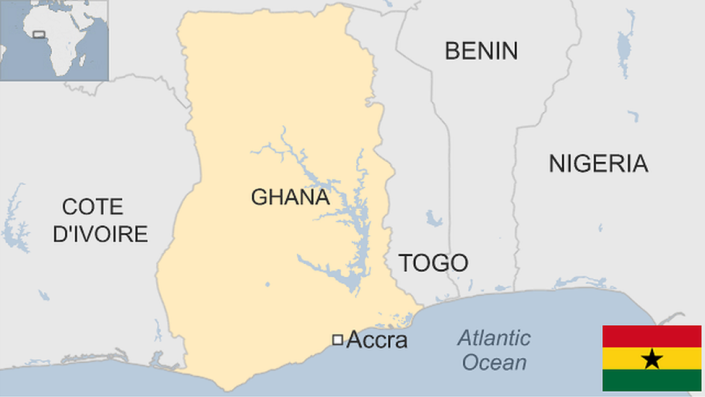 Ghana is considered one of the more stable countries in West Africa since moving to multi-party democracy in 1992.

Formerly known as the Gold Coast, Ghana gained independence from Britain in 1957, becoming the first sub-Saharan country to break away from colonial rule.

Gold, cocoa and more recently oil are the cornerstone of the Ghanaian economy and have contributed to an economic boom.

The country is named after the great medieval trading empire that lay northwest of the current state until its demise in the 13th century.

Nana Akufo-Addo won the presidential election in December 2016, tapping into an electorate fed up with a sputtering economy and ready for change.

The erudite 72-year-old human rights lawyer won 53.8% of the vote, according to the country’s election bureau, and incumbent John Mahama conceded defeat after a hotly contested race seen as a test of the country’s democracy in a region that plagued by dictators and coups.

Ghana enjoys a high degree of media freedom and the private press and broadcasters operate without significant restrictions.

Radio is Ghana’s most popular medium, although it is challenged by increased access to TV.

Some key dates in Ghana’s history:

1482 – Portuguese and later other European states set up posts to trade gold with the various Akan states.

1500 – Slave trade: Slavery overtakes gold as the main export product in the region.

1642 – The Portuguese cede their territory to the Dutch and leave the Gold Coast.

1874 – The Gold Coast has been officially declared a British Crown Colony.

1948 – Riots after British colonial police killed three World War II veterans during a protest march demanding compensation for their war service. It will be a milestone in Ghana’s struggle for independence.

2017 – Ghana and Ivory Coast have set up a committee to implement an international ruling on a maritime border dispute involving oil fields.