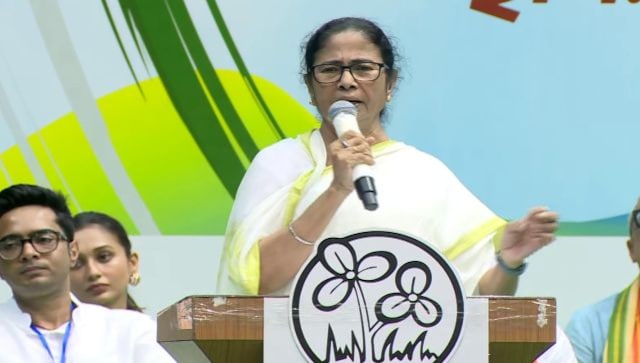 TV stations and reporters covering the political violence in West Bengal this week called it “unprecedented”. Many of them are young journalists who may not have seen or remember the turbulent years of the 1970s and 1980s to know that this was just a replay of the old Left and Trinamool street fight scenes of the era. However, such an aggressive form of the Bharatiya Janata Party (BJP) had never been seen in Bengal before. Also notable was the state police’s “over-the-top” response to the use of reinforced barricades, water cannons, tear gas and lathi charges, usually reserved for counteracting agitations on a much larger scale. The actions of the police, which could not have happened without a go-a-go nod from the highest levels of government, betrayed a degree of nervousness in the state administration.

There were allegations from the Trinamool Congress (TMC) that the BJP would mobilize people from the neighboring states of Jharkhand and Bihar to participate in the protests, as its own cadre base in West Bengal was limited. At the same time, some leading Bangladeshi journalists and video clips on social media outlets claimed substantial local participation. The senior leadership of the BJP state showed a united front. Among them were the leader of the opposition in the state assembly, Suvendu Adhikari, the party’s state president, Dr. Sukanta Manjumdar and MP Locket Chatterjee, the National Vice President and MP Dilip Ghosh on the front. There were several layers of backup, so that even after the first line was taken into protective custody, the demonstrations never slackened. 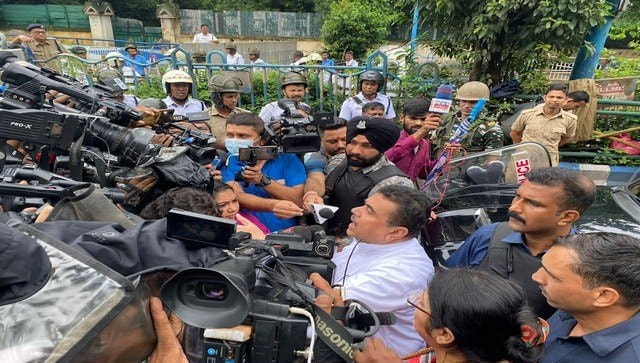 (File) Suvendu Adhikari, previously a top leader of the Trinamool Congress, was among those detained by police during the march. Courtesy of News18 Bengali

Despite the police action, the reaction of Mamata Banerjee and the party is rather muted. An attempt has been made to blame the BJP with photos of agitators attacking police officers. Abhishek Banerjee, TMC’s national general secretary and Mamata Banerjee’s nephew, made a controversial gesture indicating that the police were holding back by not firing. Banerjee complimented the police themselves for managing the volatile situation without taking extreme measures. A TMC MP on a TV show made comparisons to the Yogi Adityanath government’s use of bulldozers to raze rioters’ homes in Uttar Pradesh to fend off criticism of the West Bengal police. But beyond that, Mamata Banerjee and her party officials did not display her signature aggression towards Narendra Modi and Amit Shah after such an altercation with the BJP. This defensive attitude in her attitude is hard to miss.

The apparent excuse for the BJP’s display of power was the corruption charges against several TMC leaders and the scams discovered by the Central Bureau of Investigation (CBI) and the Enforcement Directorate (ED) involving party leaders Partha Chatterjee and Anubrata Mandal . Of greater importance are the ongoing investigations against Abhishek Banerjee and his wife, who are too close to home to reassure Banerjee. Although Partha Chatterjee has been banned from the party, Mamata Banerjee came out with a very strong statement in support of Anubrata (aka Keshto) that borders on defying the order of research firms.

ALSO READ  What you need to know about midterm elections

But despite political stance and bravado, there is a palpable sense of unease among her senior colleagues in the party. After the arrests of Partha Chatterjee and Anubrata Mondal, a message has come in among TMC honchos that no one is “untouchable” by the ED and CBI anymore. Mamata Banerjee has expressed concern about her own arrest and urged her followers to take to the streets in such a case. While that may be an exercise in painting a doomsday scenario to elicit public sympathy, there’s also a genuine concern about the turn the investigation could take if one of the accused tries to implicate her or her cousin in the alleged scam. In addition, there is also a crisis of public credibility. It’s hard to dismiss photos of cash receipts from the home of Arpita Chatterjee, Partha Chatterjee’s partner. Likewise, Anubrata Mandal’s reputation as a history writer precedes his arrest. Therefore, defending them would be equivalent to defending the indefensible.

Second, in an interesting development after the 2021 polls, the CPM (Communist Party of India – Marxist) is showing signs of revival. Under the new leadership of Md Salim, it has sought to wipe out the vacated anti-TMC constituency and those who had turned to the BJP but felt abandoned by the collapse of its state unit after the electoral setback. This is not good news for TMC, as a three-sided struggle and a division in the minority votes would weaken the current dominance. Also, the CPI-M, which is a cadre-based party, may be able to build resistance in the upcoming panchayat elections, in which the TMC will have to fight against a strong anti-establishment position. Losing his grip on the panchayats would also affect his prospects in the 2024 Lok Sabha elections.

The third element of fear for Mamata Banerjee is the rise of other contenders in the national opposition space. After 2021, Mamata Banerjee and Arvind Kejriwal were announced as the two potential challengers to Narendra Modi in 2024. Since then, other stars have appeared in the firmament in the form of K Chandrashekar Rao (KCR) of the Telangana Rashtra Samithi (TRS) and recently Nitish Kumar. Trinamool’s debacle in Goa and unsuccessful trip to Tripura have dampened plans to expand its national footprint. Banerjee’s bid to play a key role in selecting opposition candidates for president and vice presidential elections turned out to be a lackluster show.

Meanwhile, Congress with its Bharat Jodo Yatra has indicated that it is in no mood to give up its place as the main opposition party and is determined to make Rahul Gandhi the prima donna in any anti-Modi configuration. This puts a brake on Mamata Banerjee’s pan-Indian ambitions and restricts her mainly to West Bengal.

Does this mean that “Khela Hobe – Season 2” has started in Bengal. Mamata Banerjee is without a doubt one of the most astute politicians in the country. Above all, she is a fighter gifted with exceptional political instincts. This time, however, she must play in a larger arena – balancing between protecting her home court and moving the chess pieces on the national board. Because 2024 could be her ‘Ebar (now) or never’ moment to bid for the top job in Delhi.

The author is a current affairs commentator, marketer, blogger and leadership coach, who tweets at @SandipGhose. Opinions expressed are personal.