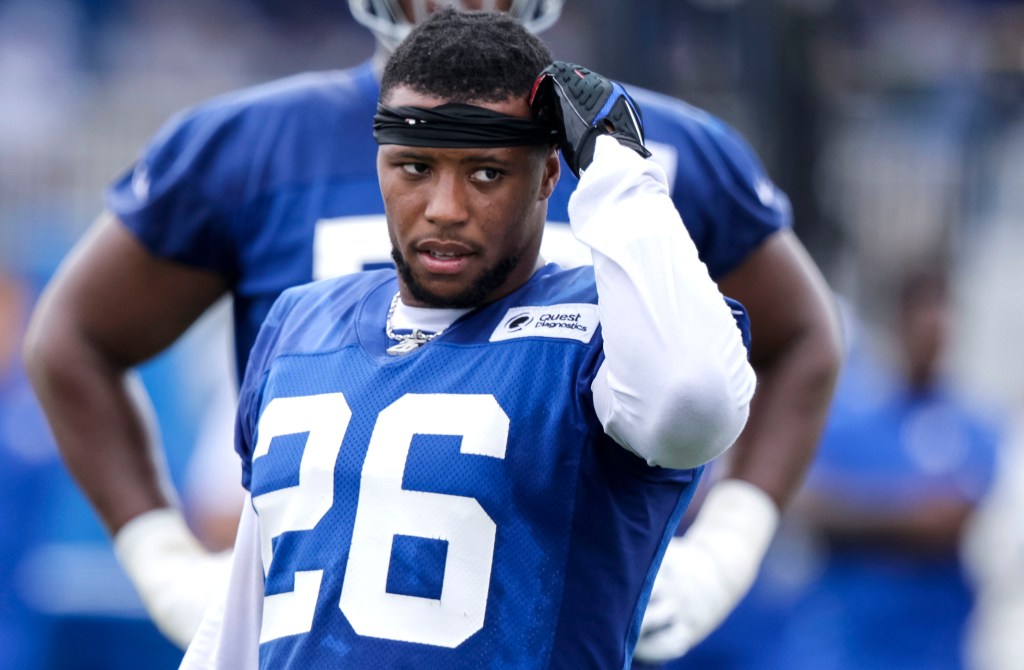 It looks like rookie Dane Belton is playing a part for himself in the defense. Round four safety from Iowa was in a perfect position in the end zone, with Daniel Jones watching David Sills deep in the middle. The ball drifted into traffic and Belton was there for a jumping interception.

Saquon Barkley had the ball, but not for long. Darnay Holmes, who had a great start to the camp, was there to knock the ball out of Barkley’s grasp, and Julian Love did the rest with a scoop-and-score recovery and touchdown. Bad for Barkley, but good for Holmes, who had three interceptions in the first three practices this summer.

Was this Jones’ best pass in the first week of camp? Near the end of practice, Jones fired a fastball that caught rookie Wan’Dale Robinson for a touchdown, barely dodging the cover by Holmes. Jones stood upright in the pocket and delivered the ball where it needed to be.

TE Ricky Seals-Jones stayed out. C Jon Feliciano was out again after experiencing heat-related issues after Thursday’s practice. The rep count for WR Kadarius Toney was greatly reduced as he didn’t work in any of the team periods and came after two hard days of running.

The Bharat Express News - August 16, 2022 0
VOlodymyr Zelensky has urged the world to resist Russia's "nuclear blackmail" while calling for the immediate withdrawal of Russian troops from the Zaporizhzhya nuclear...