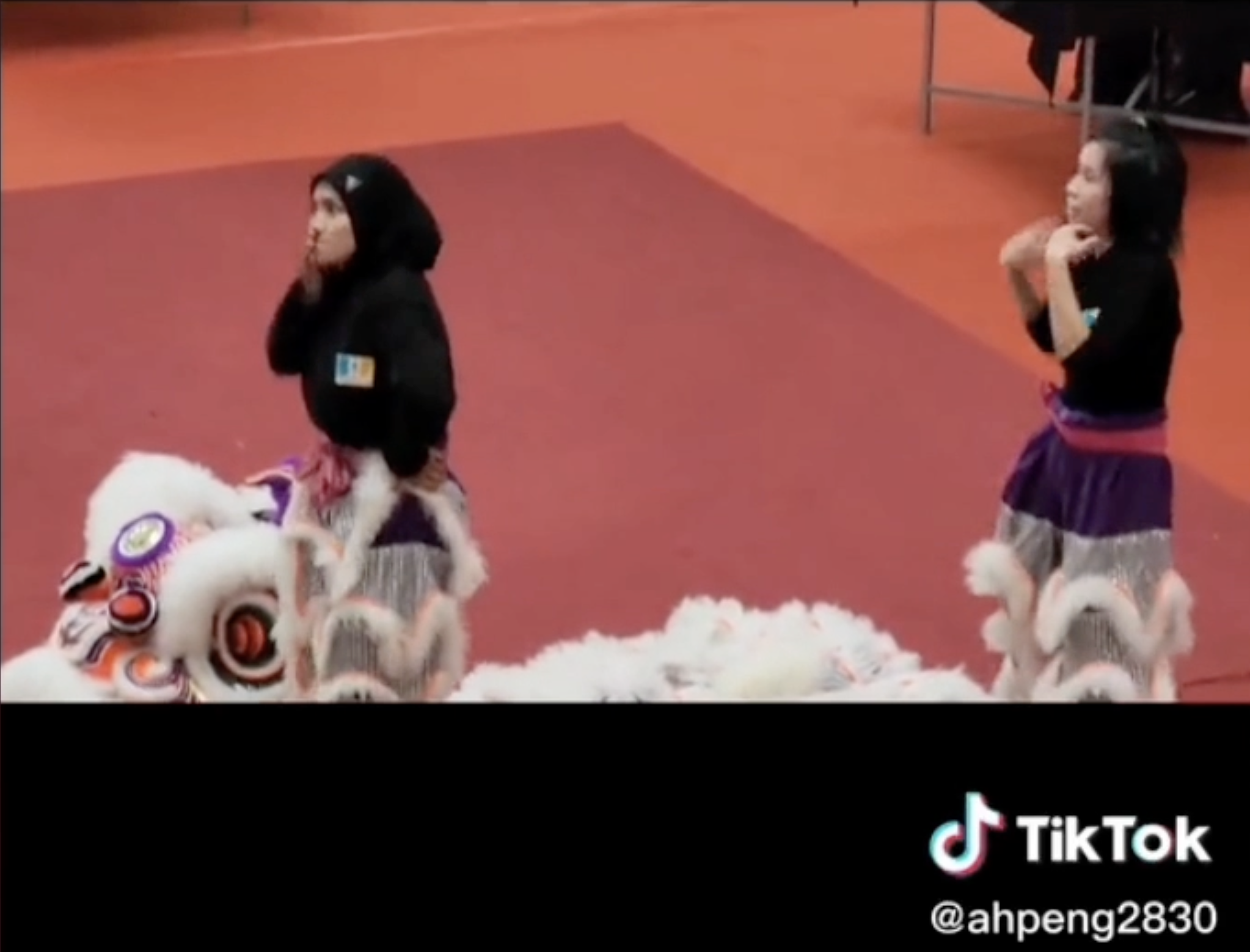 In a TikTok video shared by user @ahpeng2830 on January 14, a girl wearing a hijab was revealed as part of a lion dance duo.

The nine-minute video shows a lion dance being performed before what appears to be a match, with officials and judges watching closely as they take notes at tables near the playing area.

The video was uploaded with the caption “This is 1 Malaysia”, apparently referring to the “1Malaysia” concept introduced by former Prime Minister of Malaysia Najib Razak to promote national unity.

Applause could be heard at various points in the video, as the duo wowed the audience with their chemistry and well-rehearsed routine.

Towards the end of the video, as the performance ended, the duo took off their costumes and as the camera zoomed in, a girl wearing a hijab and her partner were revealed.

Seeing this, the audience went wild with loud applause and cheers, seemingly in appreciation of the rare sight.

ALSO READ  Letter to the editor | How would SPH Media Trust learn from its painful lesson and take a new path from here? -Singapore News

The comment section is also full of positive comments in their statement of support, some of which are moved:

While others said watching the whole video was worth it:

Not to mention her partner and their seemingly effortless coordination:

Traditionally, the lion dance is performed during Chinese New Year (CNY) and other Chinese festivals.

It is believed to bring good luck and drive away evil spirits.

As CNY 2023 approaches, lion dance performances are among the activities to expect in the coming weeks.