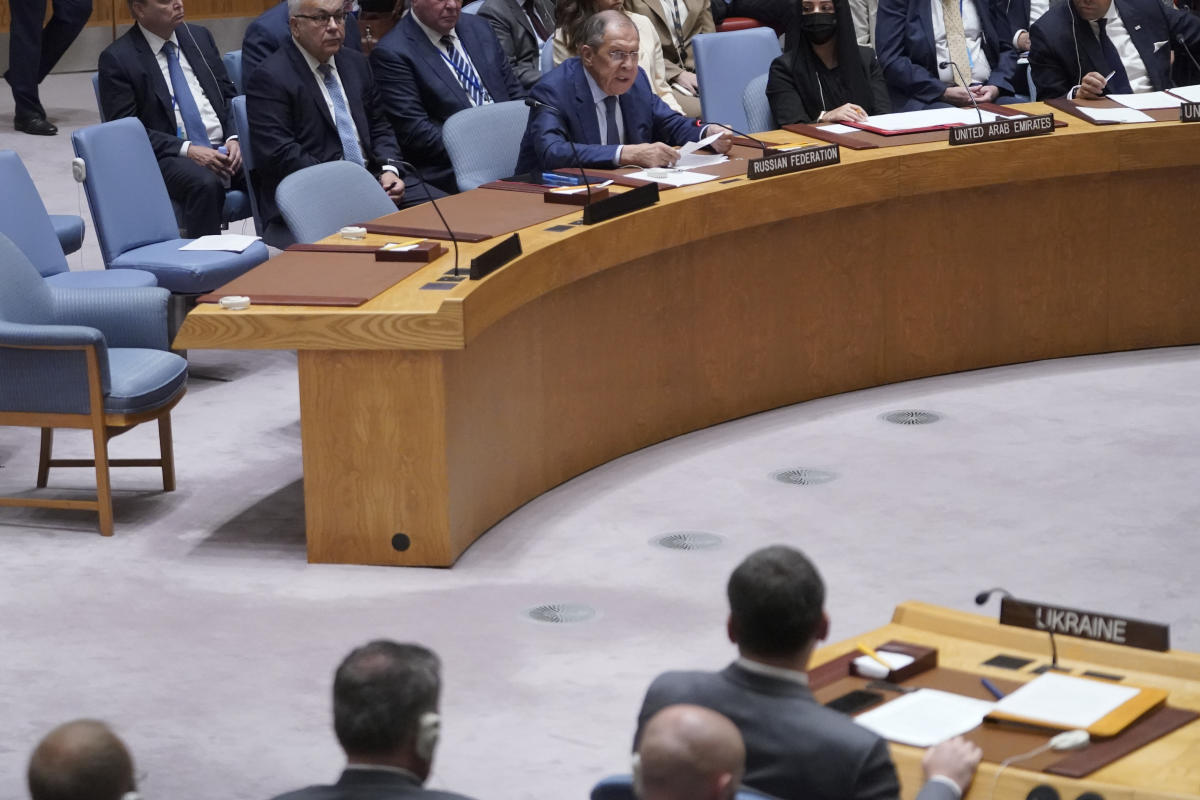 UNITED NATIONS (TBEN) — As if there wasn’t enough tension.

After days of speeches by world leaders who took subtle and not-so-subtle photos of Russia before its invasion of Ukraine at the annual UN General Assembly, Russian Foreign Minister Sergey Lavrov walked out on Thursday to address the Security Council.

Arriving just minutes before he was due to speak, he missed the earlier comments from US Secretary of State Antony Blinken taunting Moscow for what the American described as war crimes and other atrocities.

And then it was Lavrov’s turn to turn off the sound, and he did so for minutes, repeating his country’s multiple claims that Kiev has long oppressed Russian speakers and that Western support for Ukraine poses a threat to Moscow. All the while, Ukrainian Foreign Minister Dmytro Kuleba watched.

In that brief moment, the world saw something rare: the top diplomats of two nations at war in the same room.

They didn’t speak to each other, instead they lob barbs toward — or past — each other. Kuleba even joked before the meeting that he would maintain “social distancing”.

Lavrov said US policy towards Ukrainian President Volodymr Zelenskyy’s government was based on the rationale that “he’s an asshole, but he’s our asshole.” Kuleba later reprimanded Russia for the “inappropriate jargon.”

And then the moment passed as quickly as it began. As soon as Lavrov finished speaking, he was gone in a flash.

Drought in Somalia: Are US Terror Laws Impeding Relief?