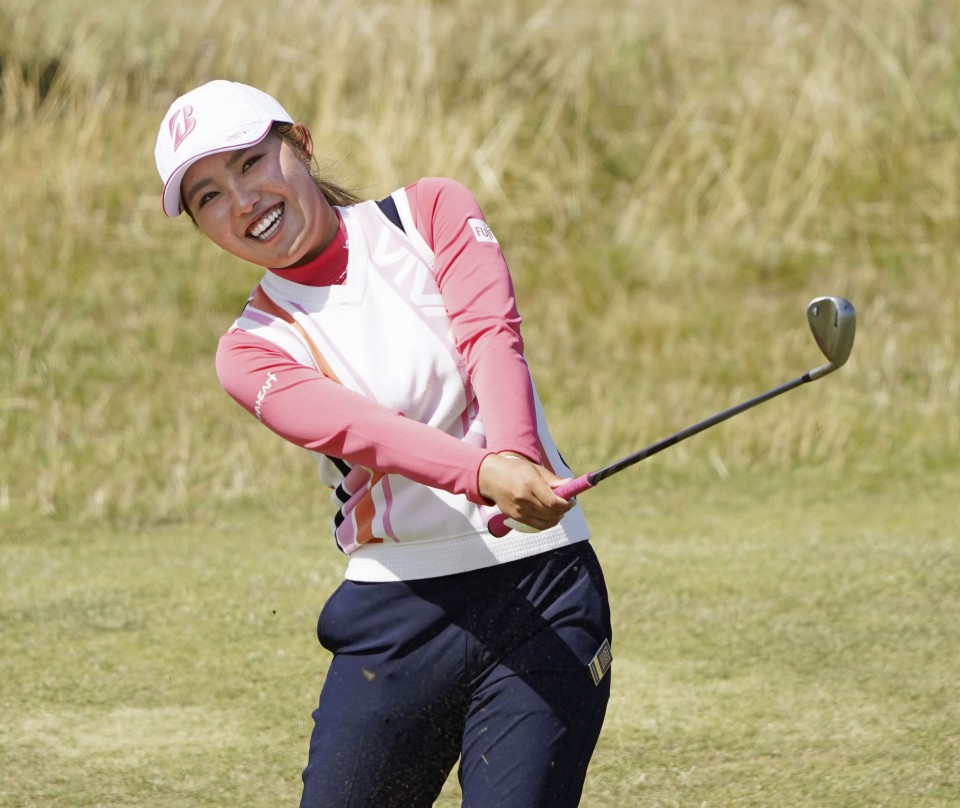 A day after earning her first LPGA tour title at the Scottish Open, Japan’s Ayaka Furue found herself back on a links course practicing for the final major of the season – the 46th Women’s British Open.

On Sunday, the LPGA Tour rookie fired a course record, bogey-free, 10-under 62 on the final lap to secure a come-from-behind victory in the event co-approved by the LPGA and Ladies European Tour at Dundonald Links.

Ayaka Furue of Japan smiles during training for the Women’s British Open on the famous links in Muirfield in Gullane near Edinburgh on August 1, 2022. (TBEN)

Starting Thursday, 22-year-old Kobe, along with the world’s other top female players, will take on the Women’s British Open at the well-known links at Muirfield in Gullane near Edinburgh.

Furue played an 18-hole practice round on Monday with Nasa Hataoka, the only other Japanese woman to win on the US tour this season, accompanied by her Scottish caddy, Mike Scott, whom she hired last year.

“I got seven hours of sleep, so I’m fine,” Furue assured reporters.

“This course is very different (than Dundonald Links). The ball rolls further here and the wind is stronger. I have to watch out for the minefield of pot bunkers,” she said.

Links courses such as Muirfield, usually located on coasts where the natural elements such as wind, rain and topography play a major role in the proceedings, present challenges that require unique preparation.

Japanese players Hinako Shibuno, Yuka Saso and Mao Saigo all played practice rounds to familiarize themselves with the layout and conditions.

Furue said she was pleased with the number of players congratulating her at the Muirfield clubhouse.

But she also said she’s trying to put her recent achievement behind her so she can focus on the future, where a bigger prize awaits.

The tournament purse for the 2022 Women’s British Open is $6.8 million.

“I’m trying to forget the sense of relief I felt after winning so I can focus on this week,” Furue said.