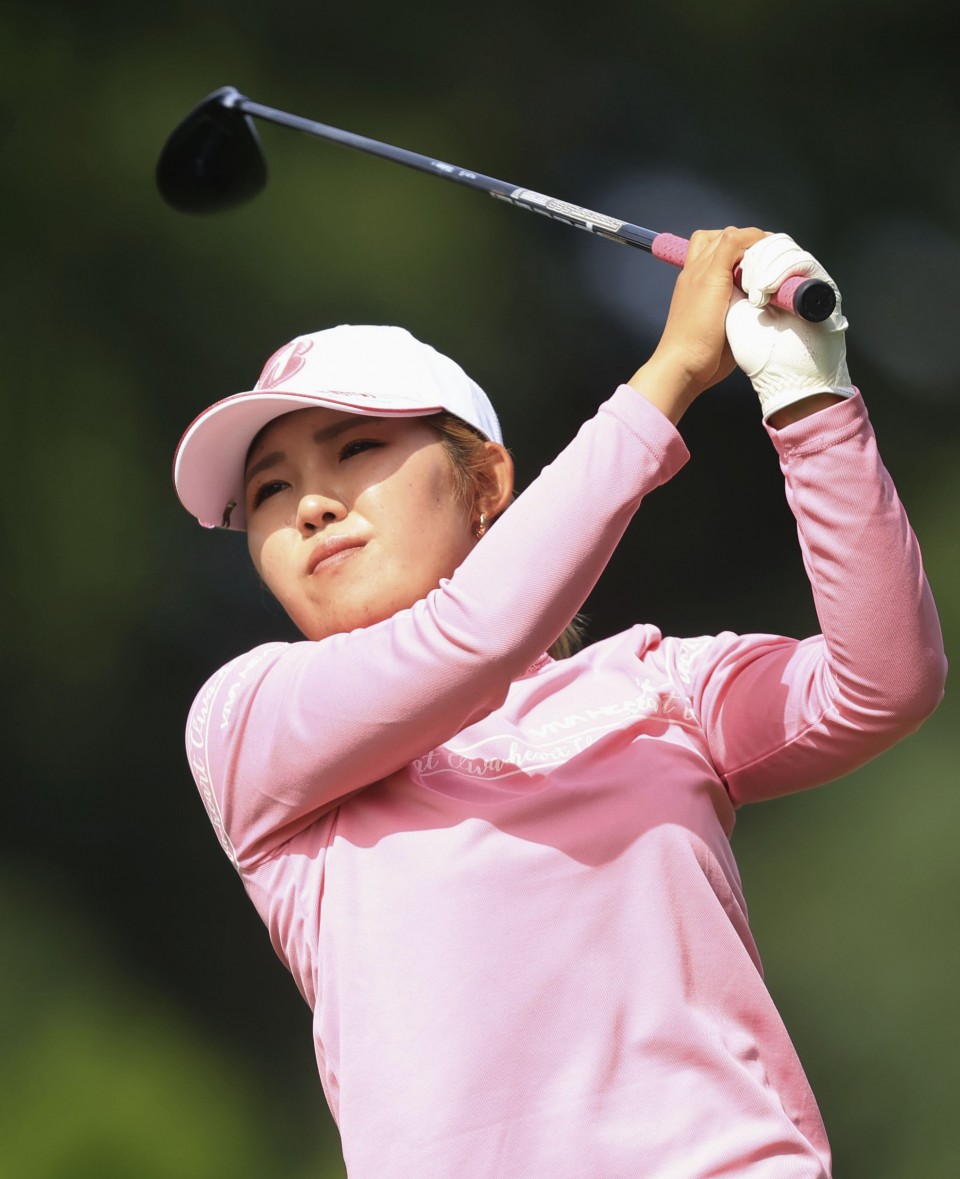 Ayaka Furue of Japan strikes on the 11th tee during the third round of the AmazingCre Portland Classic at the Columbia Edgewater Country Club in Portland, Oregon, on September 17, 2022. (TBEN)

Japan’s Ayaka Furue shot a 5-under 67 on Saturday, reaching a three-way tie for the lead after the third round of the AmazingCre Portland Classic.

Furue sits at 13-under-par 203, along with Americans Andrea Lee and Lilia Vu. Japanese compatriot Hinako Shibuno fired a 66 and is tied 12 below for fourth place at the Columbia Edgewater Country Club in Portland, Oregon.

Furue had five birdies, including three in a row between the fifth and seventh holes, in her bogey-free round.

“I putted really well,” Furue said. “I’ll try to birdies when I can, save pars and go bogey-free again tomorrow.”

“My tee shots were consistent,” Shibuno said. “I missed some achievable putts and couldn’t keep my rhythm going, but I think I played well overall.”