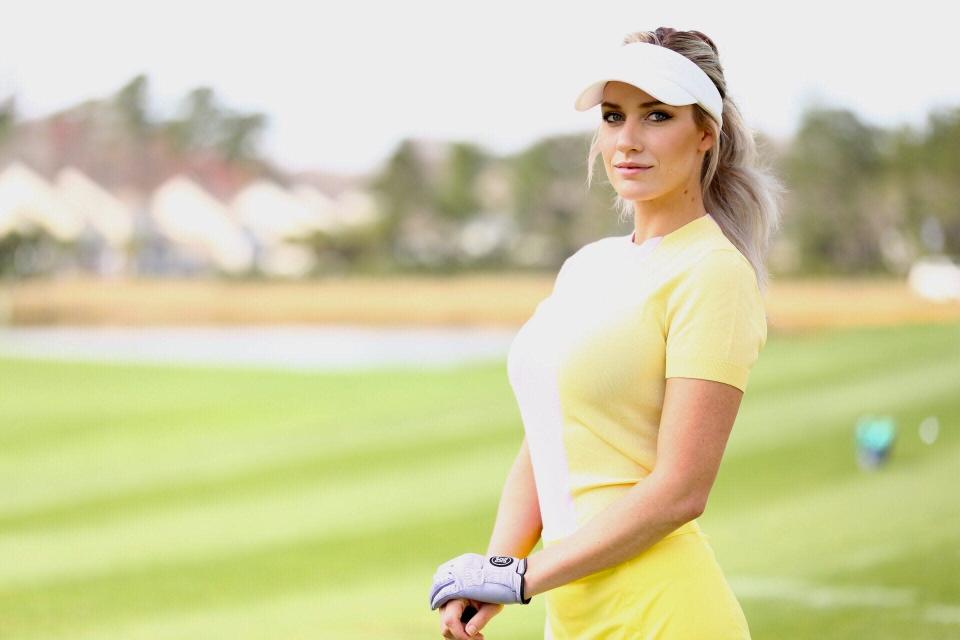 Golf has officially arrived at American Family Field with the opening of the Brewers’ new X-Golf America facility.

And to celebrate the opening, golf social media influencer and former pro Paige Spiranac had the honor of performing the ceremonial first ride on Thursday at one of the golf simulator coves on the Club Level above left field.

On Friday, she returned to the stadium for another ceremonial honor.

This time she traded in her golf clubs for some baseball gear and a Christian Yelich jersey as the 29-year-old threw one of the first pitches of the game Friday ahead of the Brewers’ 7-6 walk-off win.

In addition to Spiranac, an X-Golf America ambassador, Brewers infielder Keston Hiura tried out one of seven golf simulator bays on Friday.

The property opened to the public on Friday.

The internal bay windows are spread over two floors, three of which have a view of the field. X-Golf offers over 50 famous golf courses to play.

She played a season of college golf at the University of Arizona before transferring to San Diego State University for her final three years. She was an All-Mountain West Conference player during the 2012-13 and 2013-14 seasons.

After college, she briefly participated in a women’s developmental golf tour before attempting to qualify for the LPGA Tour. She played last summer in the American Century Celebrity Golf Championship in Lake Tahoe, Nevada, an event won by Burlington-born and former Dallas Cowboys quarterback Tony Romo. Packers quarterback Aaron Rodgers finished ninth. Spiranac was tied for 24th in a field of 87.

You can make reservations to play at X-Golf America on game days or non-game days at brewers.com/xgolf.