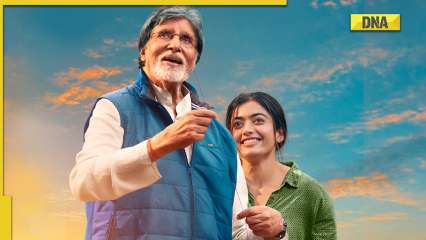 Directed by Vikas Bahl, Goodbye was released in theaters on October 7. And while the film received mostly good reviews, it failed to generate good numbers at the box office. Starring Amitabh Bachchan and Rashmika Mandanna, the emotional drama wrapped under Rs 10 crore at the counters, according to Bollywood Hungama.com.

The film, which marked the Bollywood debut of the Pushpa actress, is now streaming on Netflix India. Grabbing its handles on social media, the OTT giant made the announcement writing, “Say hello to Goodbye – a bittersweet tale that comes to warm your winter. Arrives December 2nd.”

Say hello to Goodbye – a bittersweet tale that will warm up your winter
Arrives December 2. pic.twitter.com/EZXyycAWxX— Netflix India (@NetflixIndia) November 22, 2022

The company was disbanded after several other actresses made similar allegations against Vikas. But a year later in 2019, Bahl returned to film directing with Hrithik Roshan and Mrunal Thakur in Super 30, the biopic of Indian mathematician Anand Kumar. After Goodbye, his next film Ganapath, starring Tiger Shroff and Kriti Sanon, was set to release later this year on December 23, but there has been no update on the film hence it is safe to assume that it has been pushed back to 2023 .