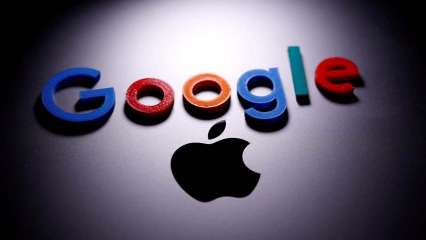 In a big setback to Google, South Korea fined the tech giant around Rs 1,338 crore (USD 176.64 million) for blocking custom versions of its Android operating system (OS) . This is Google’s second setback in the country in less than a month.

The Korean Fair Trade Commission (KFTC) said on Tuesday that the terms of Google’s contract with device makers amounted to an abuse of its dominant market position that restricted competition in the mobile operating system market. “The decision of the Korean Fair Trade Commission is significant as it provides an opportunity to restore future competitive pressure in the mobile operating system and application markets,” said KFTC Chairman Joh Sung -wook, in a press release.

The KFTC claims pointed to the US-based company blocking local smartphone makers, such as Samsung Electronics Co and LG, from using operating systems developed by competitors.

Meanwhile, Google said in a statement that it intends to appeal the decision, saying it ignores the benefits that Android’s compatibility with other programs offers and undermines the benefits consumers enjoy.

What are the allegations?

The KFTC noted that Google had manipulated the competition by requiring smartphone makers to enter into an anti-fragmentation agreement (AFA).

According to the regulator, smartphone manufacturers must sign an AFA contract with Google on App Store licenses and early access to the operating system.

The regulator also noted that smartphone makers were also not allowed to develop their own Android forks.

This has helped Google consolidate its dominance in the mobile operating system market, the Korea Fair Trade Commission said.

What is the anti-Google law?

The bill was passed in late August by the South Korean parliament to curb the dominance of Google and the Apple commission.

It prohibits major app store operators such as Google and Apple from forcing software developers to use their payment systems.

This effectively prevents operators of app stores like Google and Apple from charging commissions on in-app purchases.