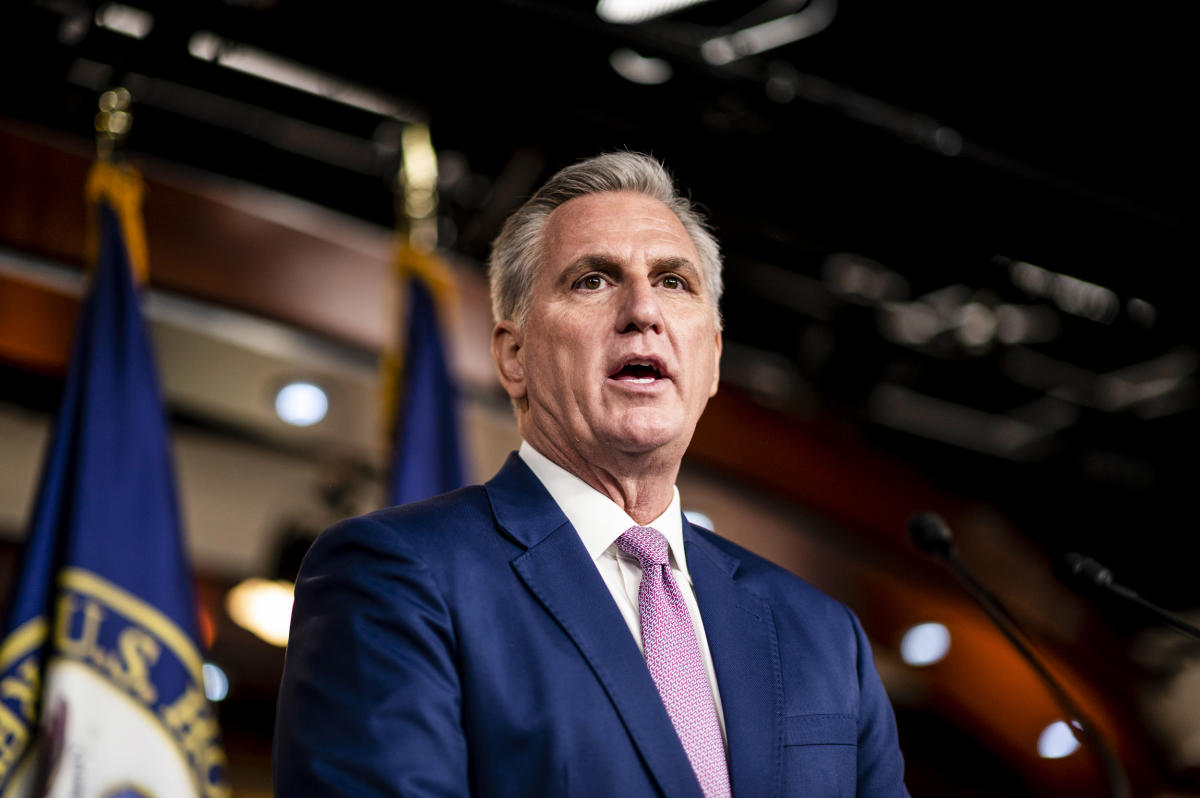 Appearing with Republicans in El Paso, Texas, on Tuesday, GOP Leader Kevin McCarthy called on Secretary of Homeland Security Alejandro Mayorkas to resign over his failure to secure the southern border.

If Mayorkas does not resign, McCarthy warned, House Republicans will investigate him and his department to determine whether to begin impeachment proceedings.

In particular, McCarthy pointed to the recent suicides of border guards; the Biden administration’s decision to end the “Stay in Mexico” policy, a Trump-era program designed to restrict immigration at the southern border; and Biden’s efforts to end Title 42, a Trump-era Covid policy that allowed authorities to ban asylum seekers from crossing the border.

“His actions have led to the largest wave of illegal immigration in recorded history. Our country may never recover from Secretary Mayorkas’ dereliction of duty,” McCarthy said, flanked by fellow House Republicans. “That is why today I am calling on the Secretary of State to resign. He cannot and must not remain in that position.

“If Secretary Mayorkas does not resign,” McCarthy continued, “House Republicans will investigate every order, every action, and every failure.” [and] will determine whether we can initiate an impeachment inquiry.”

McCarthy’s comments come as he struggles to hold onto the support of the 218 Republicans he needs to win the vote for speaker on the House floor on Jan. 3.

Many conservatives who are withholding support are pushing for House Republicans to impeach Mayorkas when they take office next year. McCarthy’s remarks on Tuesday were seen as part of his efforts to bolster support among some of those recalcitrant conservatives.

A White House spokesman noted in a tweet that McCarthy had traveled to the border and unsuccessfully called for Mayorkas’ resignation in April.

“McCarthy went to the border, pulled off a political stunt with no solution and threatened to impeach Sec. Mayorkas. In April,” White House spokesman Ian Sams said in a statement. tweet.