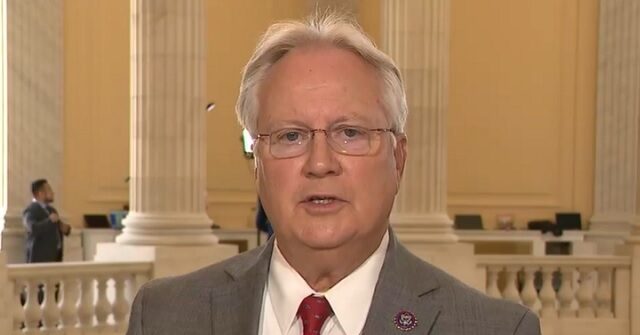 During an interview that aired Tuesday on Mobile’s FM Talk 106.5 from AL radio, Rep. Jerry Carl (R-AL) on the timing of the swirling controversy involving President Joe Biden allegedly possessing classified documents from his time as Vice President under President Barack Obama.

The Alabama Republican suggested that given the timing, upcoming post-midterm elections, Biden could be “set up” by his own people.

“[T]his stuff shows up — and this is the other side of my brain, this isn’t suddenly a Republican thing,” Carl said. “It’s almost like he was set up by his own people. They waited until after the election. They waited until after the Democrats lost a majority for this stuff to start leaking out. At the beginning of November they knew it was there. Why didn’t they do it then when they were in full control? All three houses could say it’s no problem, whitewash and let’s move on. They didn’t.’

“So it’s almost like his own people are trying to destroy him at this point,” he added. “They had no business being there. He’s wrong. Just forget about everything else. He’s wrong. It shouldn’t be there. It was in his garage. It can’t be in his house unless it’s a secure facility that the Secret Service agents know about.’