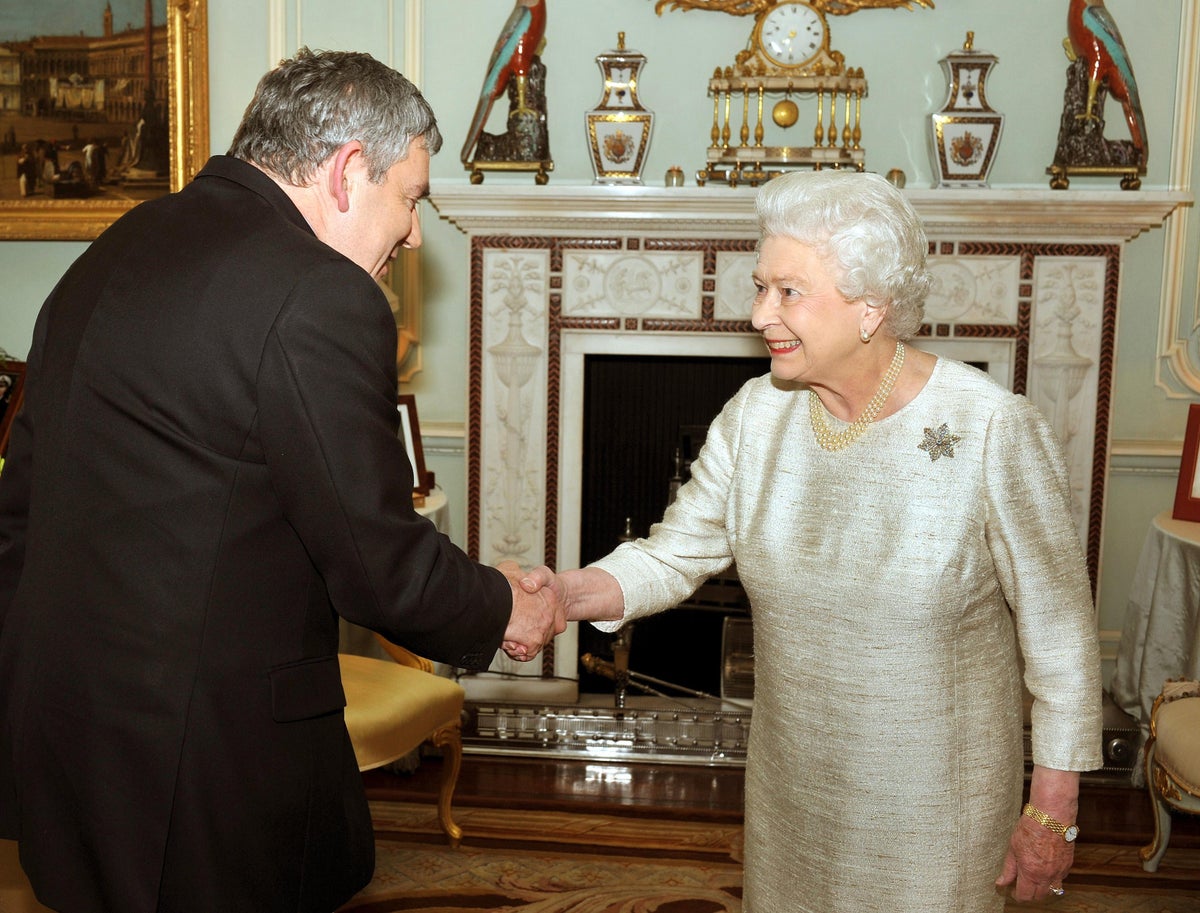 Former Prime Minister Gordon Brown admitted he could be “embarrassed” during meetings with the Queen, revealing that the former monarch was often better informed about current events than he was.

He recalled how the Queen wondered “why are these bankers all wrong” in 2008, when the financial crash sent the UK into recession.

Mr Brown, who was Prime Minister between 2007 and 2010, told how Elizabeth II “actually knew better what was happening to the country” than during his time in number 10.

The Prime Minister has a weekly audience with the monarch and, recalling those conversations, Mr Brown said: “I have never had any advice and would not give it.”

Speaking on the BBCs Sunday With Laura Kuenssberg programme, the former Labor leader said: “She would listen, she would ask questions. She would know endlessly about everything that goes on in the Commonwealth.

ALSO READ  Chris Kamara thanks Middlesbrough fans for their support

“I was very ashamed one day because I went to see her at six o’clock. I did not know that one of the Commonwealth leaders had been deposed and that a new government had been formed.

“She told me what was going on when I had to report her.”

Mr Brown, who attended Saturday’s meeting of the Accession Council where Charles III was formally proclaimed the new king, added that the Queen could be even more informed than he was about events in this country.

Mr Brown said he “could have been in the House of Commons all afternoon, in endless debates or cabinet meetings or something,” while saying the Queen kept herself informed by watching television and “getting notes from her secretaries.” “. .

He added: “She actually knew what was happening to the country better than I did. It was pretty embarrassing.

“It just showed how conscientious she was, how knowledgeable she was, I think to the very end.

“You could see in the meeting she had with Liz Truss when she became Prime Minister and Boris Johnson when he left, she was able to carry out the duties to the very end.

“She listened and asked questions. I remember her famously asking ‘why are these bankers all wrong?’ in 2008.”

However, he stressed that the Queen would “never impose her will” on the Prime Minister.

“This is the modern monarchy and I think it has set the tone for what King Charles and the other monarchs will do,” he said.

Demi Lovato dons a white dress and motorcycle jacket as she...