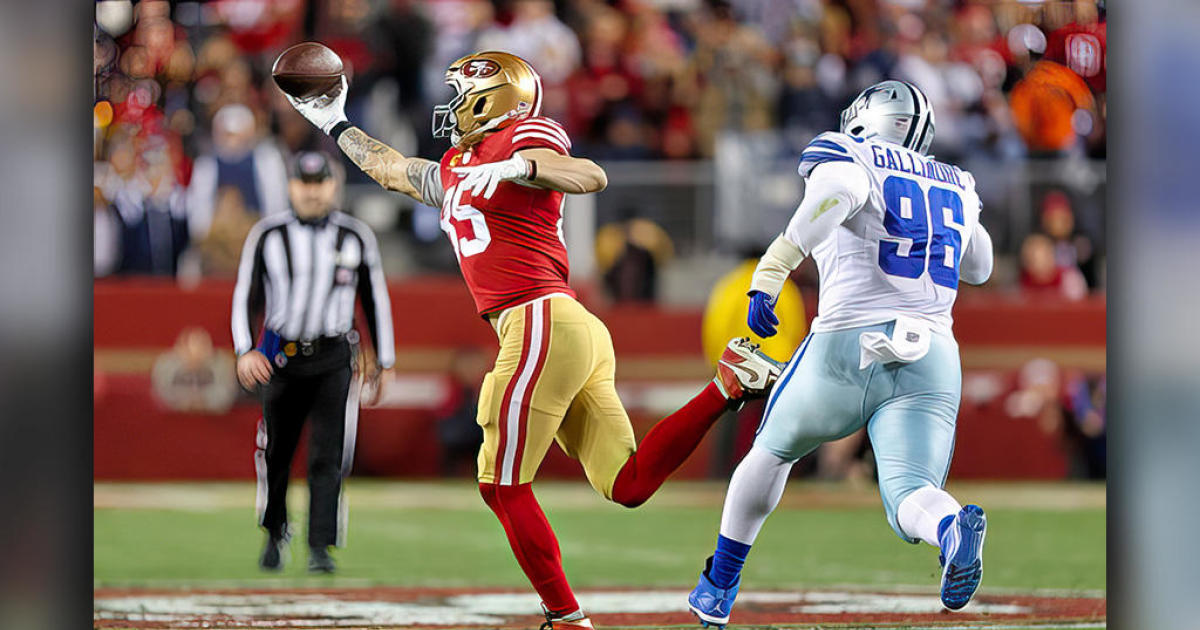 SANTA CLARA — Robbie Gould connected on field goals from 26, 29, 47 and 50 yards and Christian McCaffrey scored on a 2-yard run to lift San Francisco to a 19-12 victory over Dallas on Sunday to advance to a showdown with the Philadelphia Eagles in the NFC title game.

While there were plenty of offensive stars on both sides of the ball, it was the defenses that dominated the game.

The Cowboys lost in the division round for the seventh consecutive time and have not made the NFC title game since winning their fifth Super Bowl title after the 1995 season.

Purdy continued to play well past his senior years, winning his seventh game in a row since becoming a starter. He completed 19-of-29 for 214 yards and made several key throws to tight end George Kittle, who caught 5 catches for 95 yards.

“Man, we’re just thrilled to have won,” Purdy said. “Everyone did their part. It’s playoff football, it’s never easy, but we’re moving on.”

Kittle had praise for the team’s 23-year-old quarterback.

“Wow. Brock Purdy taking us to the NFC championship game? I mean, I think he’s only won seven straight now. Good job, Brock,” Kittle said. “He plays at a high level, gets our best players into the game, he’s great and confident in the group. He’s just doing a great job.”

Of his key juggling catch, Kittle said he was not the key recipient of the play.

“I was like, you know what, how can I make this as dramatic as possible?” Kittle said of his spectacular catch. “Just shout out to Brock: I actually wasn’t even progressing and he still found me so that’s all that matters. So I just appreciate that he gave me a chance to catch the ball.”

After missing his 5th extra point of the postseason, Dallas’ Brett Maher made amends by converting a 25-yard field goal to pull Dallas to a 9–9 tie in the third quarter.

The 49ers then put together their best drive of the day, marching 74 yards in 9 plays to score on a 2-yard McCaffrey diving play on the first play of the fourth quarter. The ride was fueled by a juggling Kittle catch.

The first half was a defensive slugfest and the story of two kickers.

The 49ers’ running game could only muster 27 rushing yards in the half and was only slightly bettered by the Cowboys rolling up 64 yards.

Gould accounted for all 49ers points, scoring field goals from 29, 47, and 50 yards to give San Francisco a 9–6 halftime lead.

Meanwhile, Maher’s extra point was blocked after Prescott capped off a 14-play, 79-yard drive with a scoring 4-yard pass to Dalton Schultz at 7:47 of the second quarter to give the Cowboys a 6–3 lead.

It was the only extended drive either team could manage in the first half.

Dallas’ staggering offense took another hit just before halftime as the Cowboys lost the star that returned Tony Pollard to an injured ankle.

The Bharat Express News - February 6, 2023 0
We all knew it was possible, probably, but that doesn't make it any less ridiculous. Sunday night's Grammys had a lot of room...

Death of Pervez Musharraf: from the war in Kargil to the...