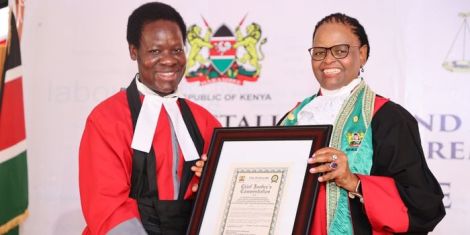 While the County Governments Retirement Scheme Act, 2019 was overturned, Justice Maureen Onyango stated that the new law had been introduced illegally.

She ruled that there was no public participation and that Parliament failed to involve key stakeholders, such as workers and pensioners, in the legislative process in 2018.

The court determined that the committee before which the public participation meeting was held was not properly constituted, as it did not have the quorum as stipulated in the Senate’s bylaws.

An image of Lady Justice Maureen Onyango and Chief Justice Martha Koome at the installation ceremony of Hon. Justice Byram Ongaya as Chief Judge of the Employment and Labor Relations Court on November 11, 2022.

Stakeholders in the process were also not given sufficient time to prepare for the meeting.

“There was not enough time for stakeholders because they had only one full working day to prepare for the meeting,” Judge Onyango noted.

Judge Onyango also ruled that the national government’s decision to become involved in the administration of pensions for provincial government personnel was unconstitutional.

She explained that the government’s decision went against the Fourth Schedule and Article 6 of the Constitution, which states that national and provincial governments are different.

Lapfund has 52,000 members drawn from provincial governments, worth Ksh36 billion, according to court documents.

Beneficiaries of the schemes, such as widows, widowers and dependents of deceased employees and pensioners, who would be directly affected by the law, were also not given the opportunity to comment.

The said law was intended to merge all county government employee pension plans, including the County Pension Fund (CPF). 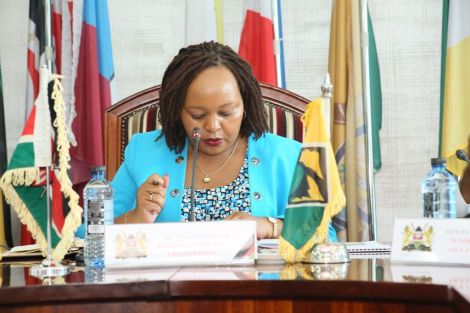 Kirinyaga Governor Anne Waiguru will chair a meeting of the Board of Governors on Thursday, October 6.