The Kenya National Bureau of Statistics (KNBS) revealed that only thirty-three percent of women in the country own homes.

According to the Demographic and Health report released on Tuesday, Jan. 17, 5 percent of the thirty-three percent of women who own homes own them alone and 28 percent own them with their partners.

The KNBS report pointed to an upward trend for women embracing agriculture as it revealed that only 7 percent of women who own land have not invested in agriculture.

“Ownership and control of land and other assets by women and men enhances their ability to access economic resources at the societal level and confer additional economic value, status and bargaining power at the household level,” the report said.

An apartment building in Nairobi, Kenya.

“Especially for women, asset ownership can provide protection in the event of marriage dissolution or abandonment, positively impact their position at home and reduce their vulnerability to various forms of discrimination,” the report said.

According to the 2019 census report, the current population of women in the country was about 27.66 million while that of men was 27.32 million.

Thirty-three percent of women who own homes in the country amount to about 8.9 million.

According to the KNBS, women in rural areas more often own a home than women in urban areas such as Nairobi. Despite 44 percent of rural women owning houses, most of them lack the required documents, such as title deeds.

Women in urban areas such as Nairobi, Mombasa and Nakuru beat their rural counterparts in acquiring title deeds and other home documents.

In terms of land tenure, only 7 percent of women in the country own non-agricultural land, with 1 percent owning it alone and the rest co-owning it.

Compared to women, only thirty-five percent of men aged 15-49 own a house alone. However, most men who own homes do not have legitimate title deeds and other relevant documents.

Only 11 percent of men who own a house have a title deed or other government-recognized document with their name on it.

In terms of land ownership among men aged 15-49 is 24 percent, with only 7 percent in co-ownership agreements. 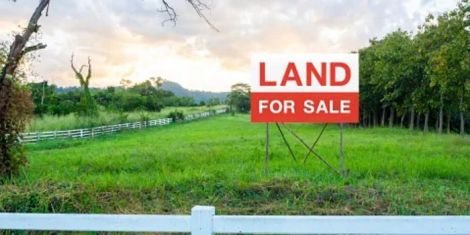 An undated photo of a land for sale signpost.

The Bharat Express News - February 5, 2023 0
India will block 232 apps, some with links to China, that offer gambling and loan services in the South Asian market to prevent misuse...