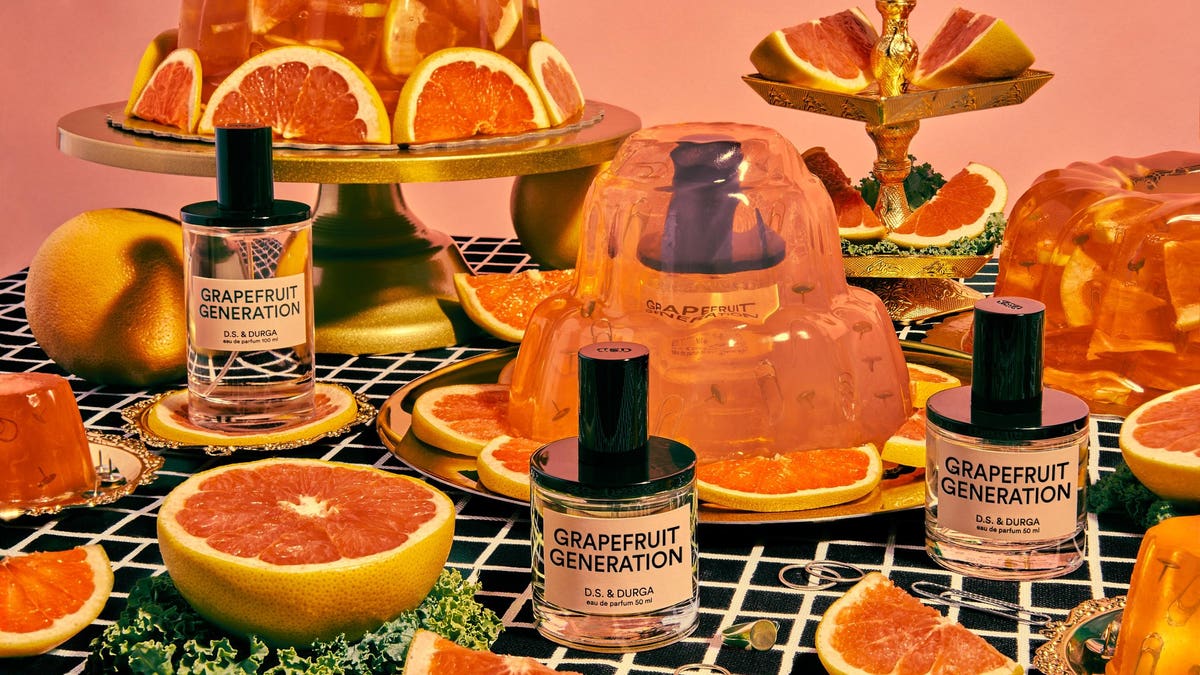 Most Brooklynites don’t think much about the plants that grow on the sidewalk or in their small garden, but David Seth Moltz did. “I was interested in the plants growing around me in Brooklyn, trying to figure out what all the weeds and stuff were,” he says. “I started to focus on this. And then we would buy those old herbal wisdom books and recipes for creams and lotions. It was the time when everyone in Brooklyn was into DIY.

That DIY experience in 2007 eventually morphed into Brooklyn-based fragrance house DS & Durga, which Moltz co-founded with his wife, Kavi Moltz. With David Seth Moltz as perfumer and Kavi Moltz as designer, they used the creativity of their origins – as a musician and architect, respectively – and channeled it into DS & Durga. And yes, some of their scents incorporate notes of their very local flora, like their Wild Brooklyn Lavender Candle. “I like being able to display these flower-based things in Brooklyn; people don’t think of Brooklyn like that, ”says David Seth Moltz. “But man, there are just amazing wildflowers all around us out there.”

A real rarity in the world of perfumes, David Seth Moltz is a self-taught perfumer and creates all the scents himself. “My type of personality is that I can get involved in something and really understand the nuts and bolts, get to the bottom of a rabbit hole,” he says. “If you think of perfume as an art form, like anything else, it’s a system of variables. It makes sense to me, just like music makes sense to me. I really see in color. I think it’s a matter of synesthesia. It’s like painting with aromas. Most of our jargon in the industry comes from music and painting, so I just got my hands on it and figured it out pretty quickly.

Most of the old rules still apply in the fragrance world, so carving out a niche for DS & Durga wasn’t that easy. “It was really a challenge, especially at the beginning, because perfume is a sort of secret European industry and opaque from top to bottom,” says Kavi Moltz. “It’s definitely not welcoming to absolute newcomers. You can’t Google how to make perfume. They put in their 10,000 hours and learned along the way, because understanding the technical structures of perfumes is no easy task. They would buy oils and experiment to see what they liked, but the tricky part was making them legally, as every country has strict regulations on what you can use. “Knowing that you can only put 6% vetiver in a scent takes a lot of time and research to figure out and that’s why most people give up and partner with a company that already knows how to do this.” , David Seth Moltz said.

Finding deep and immediate creative satisfaction also helps propel them forward. “I’m able to be a lot more creative with DS & Durga than I was doing in architecture, where very little is creative,” says Kavi Moltz. “When I quit my boss was shocked that I was going into a recession, but we were young enough not to worry too much about the implications, so it was a good time for us to do it.” David Seth Moltz adds: “Artistically, being an architect and constructing buildings is a huge, long-lasting endeavor with a lot of ups and downs. But with a perfume package you can do something and it comes out in a year or sometimes six months. There is this immediacy. For me, trying to be successful as a musician is so difficult. But I realized that I could actually write about the things I wanted to do from music to perfume.

David Seth Moltz’s musical roots are evident in the liner notes that accompany each scent, just like an album. “We’re from the days when we would go to record stores and find crazy records,” he says. “Then you read the cover notes and learned who played bass on track three, and it was recorded at bunker studios near my home. You start to learn about the whole world, especially with classical music, about the composer and the music and what they all did, and there is so much information there and it really enriches the music. . In the beginning, we listened to records all the time in the studio and that really influenced our brand. That’s why there are liner notes. You can just spray the perfume and enjoy it and wear it. But if you want, there is so much more to explore.

They see each scent as a small world unto itself, a 360 degree approach where there’s the scent, the name, the intent behind and the story they want to share. “There is so much to describe; there are so many little things i hide in there that you might not even know because i am the only one who knows the formula, so i always try to explain the real, deep story behind each scent », Explains David Seth Moltz. Scents also have pictures and playlists, and sometimes even short films.

“It’s an effort to touch more than the sense of smell and the whole world of each scent,” says Kavi Moltz. “You can’t always smell the scent, so you have to know it in another way. It’s wanting to have different points of contact. Something might resonate with someone depending on the playlist or visual, it’s a color scheme too.

Their hands-on approach is another element that caught the attention of DS & Durga. Although this has started to evolve in recent years, many major perfume houses keep as much secrecy as possible, sometimes even down to the perfumer. “There is often a disconnect when you see other brands that no perfumer is really attached to,” says David Seth Moltz. “Something that fascinates me is being able to talk to the ordinary man so that he can understand what’s in a perfume because some perfumers don’t want to talk about it, or they just don’t want to talk about it. do not express, and I can describe in layman’s terms what happens in a perfume. That’s why people can connect with us. I want to be able to push the scent more to the masses as something that you can artistically discuss. ”

For their new fragrance, Grapefruit Generation, their muse was Grapefruit: a book of instructions and drawings by Yoko Ono. “It’s these very strange instructions, like where he tells you to hang something on the wall, light the fire and throw the ashes in your yard,” says David Seth Moltz. “I was also reading a lot of Chinese poetry while reading this book. There’s this whole cosmic scene that opened up around the ’60s that we still continue to feel reverberations from today because there’s this generational shift happening, and they’re happening. support each other. I was thinking about this idea of ​​generation, what it means to generate something, but we also use it for a whole bunch of people born at the same time. I think of the continual magical creation of things that are happening.

The grapefruit generation features top notes of grapefruit skin, elm leaf and silver; middle notes of hawthorn flower, tuberose and paradisone; and a base of cork, grapefruit and animal musk. As usual, the cover notes, Spotify playlist, and short film tell the story of the scent when your nose can’t smell it. “The scent invites you to experiment,” says David Seth Moltz. “Perfume is an armchair trip. Spray this on your wrist and make your own trip and be a part of it.

Why ketamine-assisted therapy has become widespread