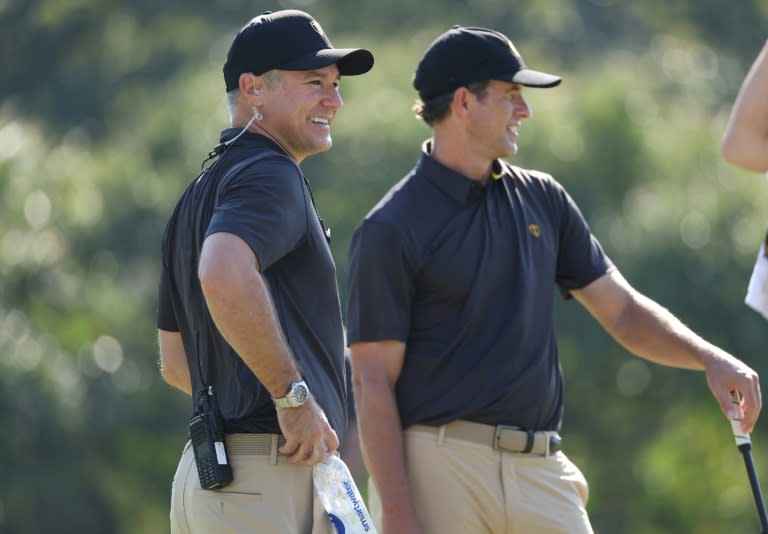 Internationals captain Trevor Immelman says the loss of several top players to LIV Golf has increased the determination of the players who will compete against the United States in the Presidents Cup.

After working with more than two dozen players over the past 18 months, Immelman hopes the lost talent can help create a closer bond between the players who will tee off in the team showdown in Quail Hollow from Thursday.

“Our team is strengthening from a determined standpoint,” said Immelman. “The twelve who are here are the ones who have stayed loyal, stayed with our team, wanted to play in the Presidents Cup and those are the guys I want to fight with.”

The Americans lead the all-time rivalry 11-1-1 after winning eight in a row. Their only loss came in Melbourne in 1998.

The Internationals were seen as a serious threat to win on American soil for the first time before losing several top players to the Saudi-backed LIV Golf Series.

ALSO READ  Ultimate teammate puts the 63 . player of the Arizona State player to

British Open winner Cameron Smith, the world’s number three from Australia, Joaquin Niemann from Chile, South African Louis Oosthuizen, Abraham Ancer from Mexico and the Aussie Marc Leishman were the top names jumping to LIV, leading to a suspension indefinitely from the PGA and banishment from the Presidents Cup. .

“There is tension and strife at the moment,” said US captain Davis Love.

But the diminished global team is seen as a serious underdog against a mighty American lineup that includes 12 of the top 25 players in the world, 11 of them in the top 18.

And that’s with the injured Will Zalatoris on eighth and several American stars joining LIV, including Dustin Johnson, Brooks Koepka, Patrick Reed and Bryson DeChambeau.

“We are very happy with the 12 we have,” said Love. “We don’t talk about missing persons in our team room.”

But golf fans will never know if a full lineup of Internationals would have challenged the Americans.

“We can’t run away from it,” Immelman said. “It’s been a very difficult time. It was sad and disappointing to go through that. It was hard to see.

“All those players knew what the consequences would be if they went to the other tour. Everyone knew where they stood.”

Immelman said he got the bad news directly from players and was kept informed when they decided on LIV.

“Am I disappointed that they won’t all be here? Absolutely,” Immelman said. “Now we can compete against a strong American team. We are looking forward to it.”

Immelman said nothing came of talking about making his team an organization that allows LIV players, saying: “If you look under the hood… it’s not really a viable option.”

– Camaraderie among the best –

Immelman’s plight had some sympathy from American star Justin Thomas, who won his second PGA championship in May.

“But he’s put together a very strong team, one of the best camaraderie they’ve had.”

Uniting talent from all over the planet was the feat, Immelman said.

“You mix seven or eight cultures and try to get everyone in their right place,” he said. “It was tough and something we’ve been working really hard on for the past three or four years.

“We’re starting to get there slowly but surely, so now it’s a lot more about how those two players can merge and then match their games to the golf course.”