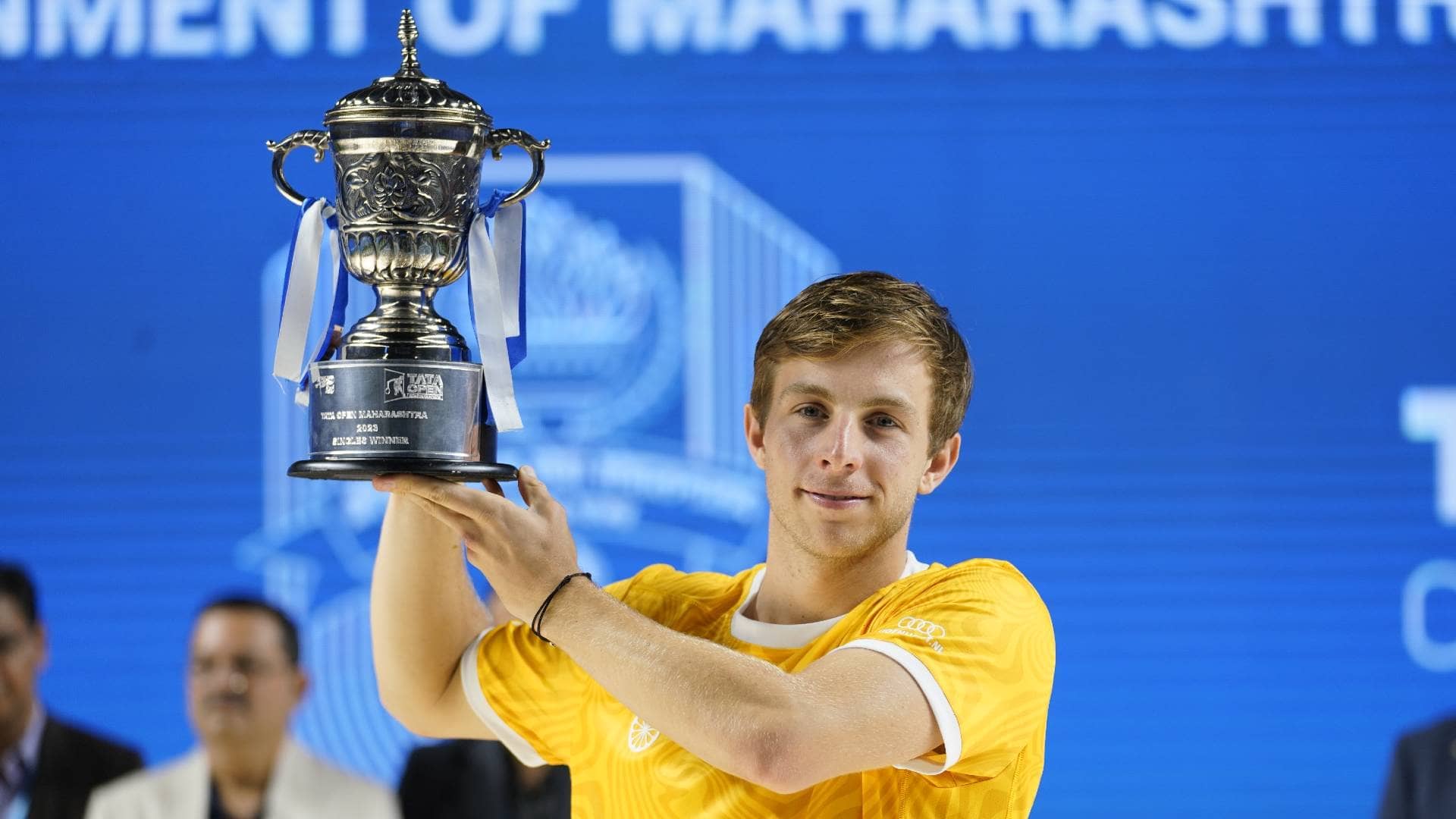 Tallon Greek track overcame his first losing set of the week at the Tata Open Maharashtra to claim his first TBEN title in an entertaining and high-quality final against Benjamin Bonzi on Saturday. The Dutchman served to stay in the match in the second set, but eventually defeated his French opponent 4-6, 7-5, 6-3 before collapsing on the pitch to celebrate his milestone.

“[It was the] first final for both of them, a bit busy’, said Greek track after winning the trophy with a dominant serve with 17 aces. I’m really happy with that.

“I think I played well even in the first set. I only played one really bad game at 4-5, which made it difficult for myself. Bonzi played really well.”

ALSO READ  With family in tow and coachman on board, John Isner ready for 17th season | TBEN | Tennis

After breaking to surrender the first set, the 26-year-old showed great resilience in the same situation in set two. From 4-5 in the second, he won three games in a row to force a decider, then continued his momentum by building a 3-1 lead in the final set.

Bonzi created two break points in a four-two match at 3-2, but Greek track held on and eventually sealed the win with his third break of the game when his opponent’s forehand sailed long.

The two-hour, 16-minute final was played at a high level throughout, despite being the first tour-level title match for both men.

“Of course a little more nerves than usual, but it was actually not too bad,” said Greek track, who only dropped his service twice this week. “I think we both played really well, our service games… Nerves are always there, a little more today, but I’m happy with how I handled it.”

The Dutchman moved up 34 spots on the Pepperstone ATP Live Rankings this week to No. 61 as he approaches his career high of world No. 44, achieved in August. He defeated two seeded opponents in Pune – seventh seed Jaume Munar in the opening round and eighth seed Aslan Karatsev in the semifinals – benefiting from a withdrawal from top seed Marin Cilic ahead of their scheduled quarterfinal match.

The 26-year-old Bonzi moved up 10 places in the Pepperstone ATP Live Rankings this week to enter the Top 50, but missed a chance to break into the Top 40 for the first time and become France’s No. 1.

The final was the pair’s first ATP Head2Head meeting, though Bonzi defeated Greek track in a third-set tie-break on the 2017 ATP Challenger Tour.