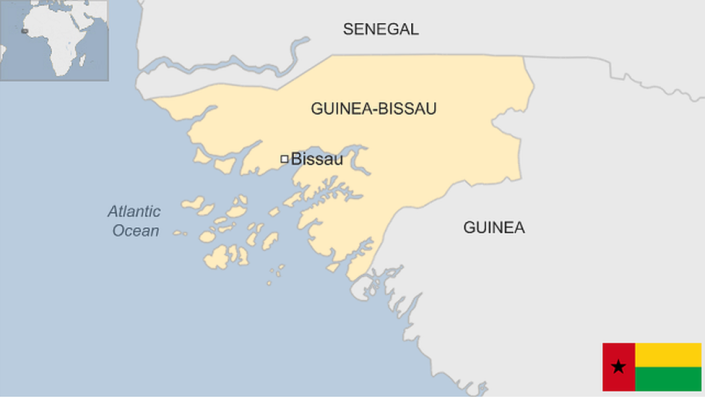 Guinea-Bissau in West Africa was part of the Portuguese Empire for centuries.

Once hailed as a potential model for African development, the country is now one of the poorest in the world.

The crucial crop of cashew nuts provides a modest income for most farmers in Guinea-Bissau and is the main source of foreign exchange.

But today the country has a huge foreign debt and an economy heavily dependent on foreign aid. It has become a transshipment point for Latin American drugs.

In the late 1990s, the country experienced a conflict that attracted Guinea, Nigeria, Senegal and France and ended with the president going into exile.

Mr Embaló won the December 2019 presidential election but faced a last-minute confrontation with parliament before taking office in February.

ALSO READ  'I think I can be that leader': SC's Nikki Haley fuels speculation over 2024 run further

This reflected the continued instability of state institutions in a country that has experienced nine coups or attempted coups since 1980, and the opposition of the longest-ruling PAIGC party to an opposition candidate’s victory. Mr. Embaló, former prime minister, is the first president elected without the support of the PAIGC.

His predecessor, Jose Mario Vaz, was the first elected leader since the 2012 army mutiny that plunged the country – already beset by corruption and the cocaine trade – into chaos, and the first to serve out his term without being overthrown.

Restrictions on the media and freedom of association have eased somewhat, although police continued to disrupt some demonstrations, says US NGO Freedom House.

Some key dates in the history of Guinea-Bissau:

1446-47 – First Portuguese arrive; subsequently administered as part of the Portuguese Cape Verde Islands, the Guinea area becomes important in the slave trade. Guinea-Bissau becomes a separate colony in the Portuguese Empire in 1879.

15th-19th century – Portuguese control of the region has been limited to fortresses along the coast for much of this period. Portugal gains full control of the mainland only after the military campaigns of 1912-1915.

1956 – Amilcar Cabral founds the African Party for the Independence of Guinea and Cape Verde (PAIGC).

1963-74 – Bissau-Guinean War of Independence. An armed struggle between Portugal and the PAIGC, which is supported by Cuba, the USSR and Yugoslavia.

1970 – Operation Mar Verde – Portugal’s amphibious assault on Guinea-Conakry, designed to capture the PAIGC leadership. It fails and the attack strains Portuguese relations with other Western countries.

ALSO READ  EXPLANATION: What is an Australian black vote in parliament?

1974 – Portugal grants Guinea-Bissau independence after the Carnation Revolution in Portugal, with Luis Cabral, brother of Amilcar Cabral, as president.

1980 – Luis Cabral is overthrown in a military coup led by Joao Bernardo Vieira; plans for unification with Cape Verde were dropped. The overthrow is the first of many political coups that will undermine the country’s stability over the next four decades.

2006 – Guinea-Bissau calls for international help to prevent smugglers from using its remote coastline to smuggle migrants, including Asians, to Europe.

2007 – Parliament passes a law guaranteeing amnesty for any violence committed during the years of political unrest between 1980 and 2004.

2011 – EU suspends part of its aid to Guinea-Bissau over concerns about governance and the rule of law.

2012 – The UN Security Council expresses its concern about the increase in drug trafficking and demands a return to the constitution.