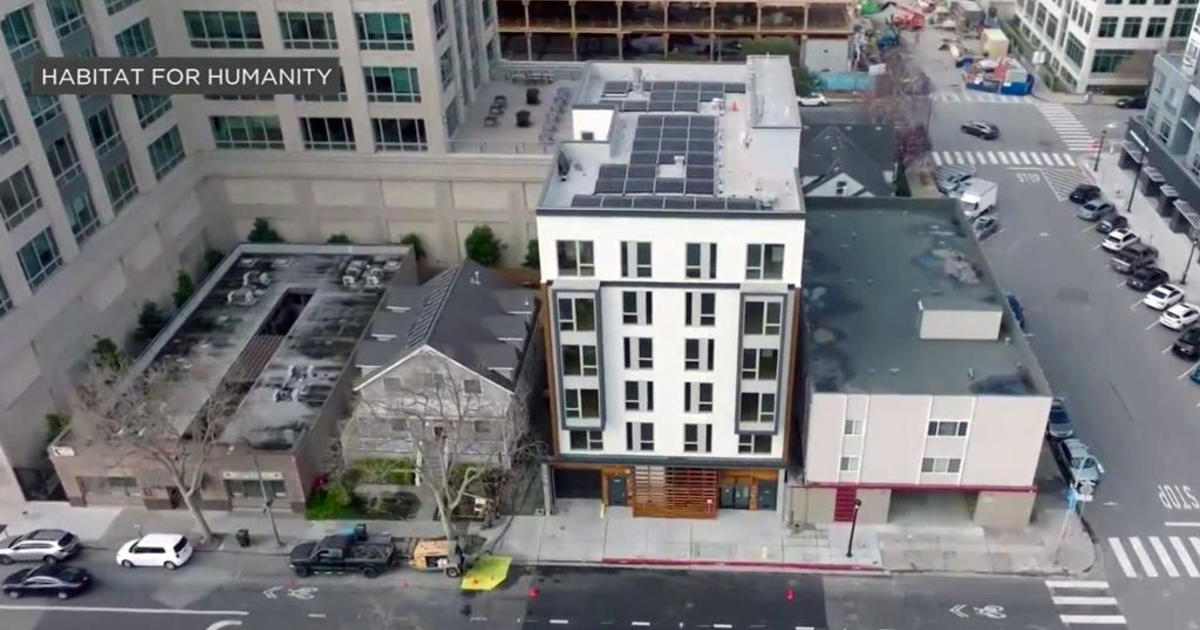 It’s called 612 Jefferson and the project was led by Habitat for Humanity.

“Regional home ownership is out of reach for most people. In the Bay Area you have to make over $350,000 a year to own a home. So what happens to our teachers, our daycare centers, our construction workers, our clergy, our first responders? They have to move far away,” said Maureen Sedonaen, CEO of Habitat Greater San Francisco.

“Now we can proudly say that 20 families no longer have to do that. They can be here.”

The families who moved to the 20 units during the development were not required to make a down payment. They have a mortgage rate of 0% and their total housing costs are limited to 30% of their total family income.

However, they had to use the so-called ‘sweat equity’.

“We’ve all worked on this place. It took us all 500 hours,” said Jose Rodriguez, a new homeowner. “I’m super grateful for the opportunity Habitat has given us to own a home of our own.”

Silvia Antonelli, a longtime teacher in Redwood City, is one of the new homeowners who just moved into the building.

“I feel happy and I feel grateful,” she said.

To her, home ownership in this area never really seemed feasible.

“When you have a home in the Bay Area and the Peninsula, it’s hard if you don’t make a lot of money,” she said. “I am Habitat and, I don’t know, grateful to the universe for giving me this opportunity and being able to share it with my daughter.”

“These are houses that they will own. It will create permanent stability for them, for their children and for their families,” she said. “Housing is the number one need in our community, so we take it very seriously.”

She says 612 Jefferson is just one example of how Redwood City is trying to add more affordable housing to the area.

“Many cities are fighting against having to meet their state housing goals. Redwood City actually submitted more than 170% of our target. In fact, we’re focused on extremely low-income housing. That’s housing for the most deprived, the most essential of our workers she says. “This is possible in every community in the Bay Area. If we all work together, we can make sure everyone has a decent place to call home.”

Habitat’s first homeownership homes in Redwood City were built in 2000 in Hope Court. Habitat has another development to the city that will include 33 home ownership properties.

Max Darrow is an Emmy Award-winning reporter/MMJ for KPIX 5. He joined the KPIX 5 news team in July 2021.