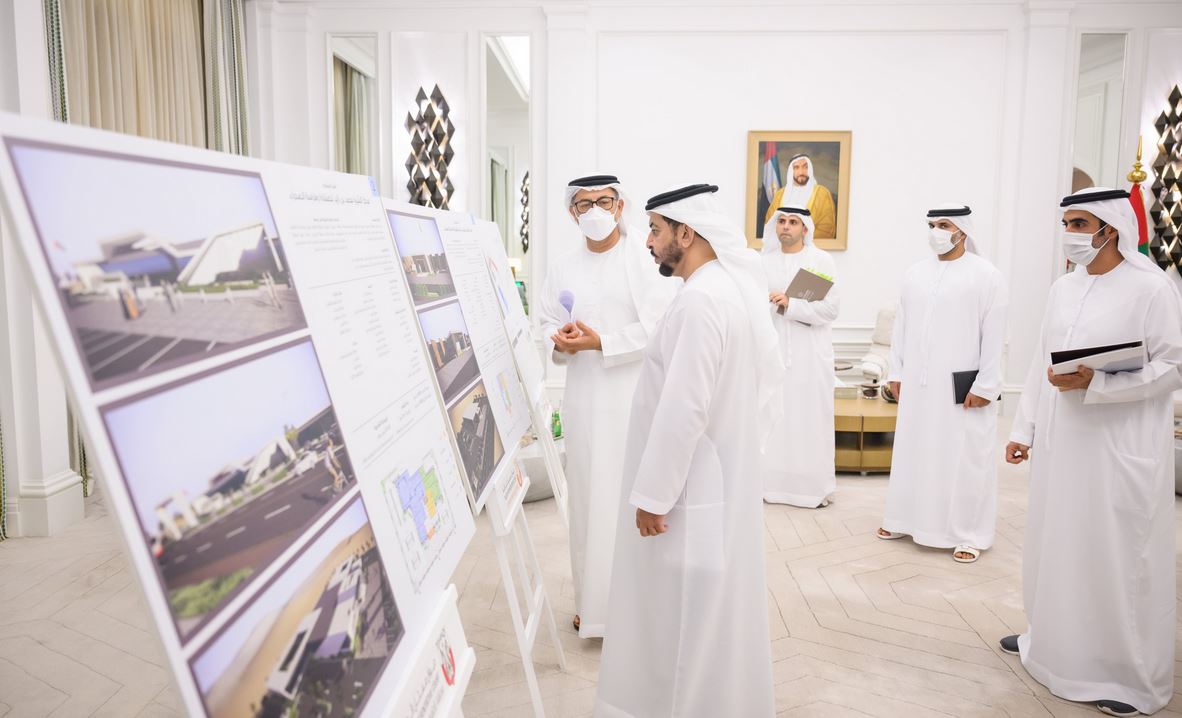 His Highness Sheikh Hamdan bin Zayed Al Nahyan, representative of the ruler in the Al Dhafra region and president of the Emirates Falconers Club, directed the development of the strategy of the Abu Dhabi International Hunting and Equestrian Exhibition in the field of preserving the cultural heritage of the UAE and enhancing its role in preserving the environment, sustainable hunting and presenting heritage.

His Highness called for achieving more successes for the content of the cultural, educational and knowledge exhibition through innovative services, technologies, products and events with a renewed vision in line with the continuous development of this major international event.

This came when His Highness received at the Palm Palace, Chairman of the Higher Organizing Committee of the exhibition, Secretary-General of the Emirates Falconers Club, Majid Ali Al Mansouri, in the presence of Ahmed Matar Al Dhaheri, Director of the Office of His Highness the Ruler’s Representative in Al Dhafra Region, and the Managing Director and CEO of Abu Dhabi National Exhibitions Company “ADNEC” Humaid Matar Al Dhaheri and Director of the Educational Program At the Mohammed bin Zayed Falconry and Desert Physiognomy School, Butti Hawash Al Khaili.

His Highness Sheikh Hamdan bin Zayed Al Nahyan was briefed on the preparations for organizing the next edition of the International Hunting and Equestrian Exhibition “Abu Dhabi 2022”, which will be held from September 26 to October 2, and is organized by the Emirates Falconers Club.

His Highness expressed his appreciation for the great efforts made by the exhibition’s organizing committee and all the sponsors and strategic partners in making the event the largest of its kind in the Middle East and Africa, which consolidated its regional and international standing in its last 2021 session.

His Highness stressed the importance of continuing to promote the event as a prominent forum in terms of promoting awareness of heritage and preserving it, as it is a cornerstone of the Emirati national identity and one of the solid pillars of society and its great role in strengthening bridges of interaction with other cultures.

His Highness stressed the importance of maintaining the exhibition’s position and leadership in the region and the world, and keenness to activate its role in preserving national heritage and sustainable fishing, attracting more local, regional and international exhibitors, and enhancing its role as an important commercial event characterized by high purchasing power, launching more heritage, artistic and cultural awareness activities and events, and developing the event’s platforms. its sectors and its general appearance.

For his part, the Chairman of the Higher Organizing Committee of the exhibition, Secretary-General of the Emirates Falconers Club, Majid Ali Al-Mansoori, expressed his sincere thanks and appreciation to His Highness Sheikh Mohamed bin Zayed Al Nahyan, President of the State, “may God protect him”, and His Highness Sheikh Hamdan bin Zayed Al Nahyan, and for all the efforts that contribute to protecting the Emirati heritage. and humanity and devote it in the hearts of the members of society.

He expressed his sincere thanks for the continuous follow-up to the preparations for organizing the exhibition by His Highness Sheikh Hamdan bin Zayed Al Nahyan and his generous guidance to develop the event’s strategy and achieve more success in its next session.

On the other hand, His Highness Sheikh Hamdan bin Zayed Al Nahyan was briefed during the meeting on the presentation made by His Excellency Humaid Matar Al Dhaheri, Managing Director and CEO of the Abu Dhabi National Exhibitions Company (ADNEC), which included the development plans for a number of tourism assets in the Al Dhafra region and the Sir Bani Yas Hotel affiliated with ADNEC. , by a tourism company affiliated to the “ADNEC” group, which is specialized in the recreational tourism sector.

ALSO READ  28% increase in taxi bookings in Dubai through “Hala”

The presentation included a number of plans and programs aimed at developing the infrastructure of these assets, promoting the tourism potential of the Al Dhafra region, and developing an integrated package of marketing programs for the region that includes a number of countries around the world to attract visitors and interested parties, which will be developed with partners in the public and private sectors.

His Highness Sheikh Hamdan bin Zayed Al Nahyan directed the development of the tourism promotion strategy for the Al Dhafra region, to show the unique natural ingredients and rich cultural heritage, and to enhance its competitiveness at the regional and international levels and its ability to attract visitors from inside and outside the country.

His Highness stressed the importance of launching a number of programs and projects that would contribute to advancing the reality and future of the tourism sector in the region, by developing the infrastructure for a number of assets and focusing on the region’s unique components, especially islands, nature reserves, beaches, and historical buildings and castles that abound. It has the area.