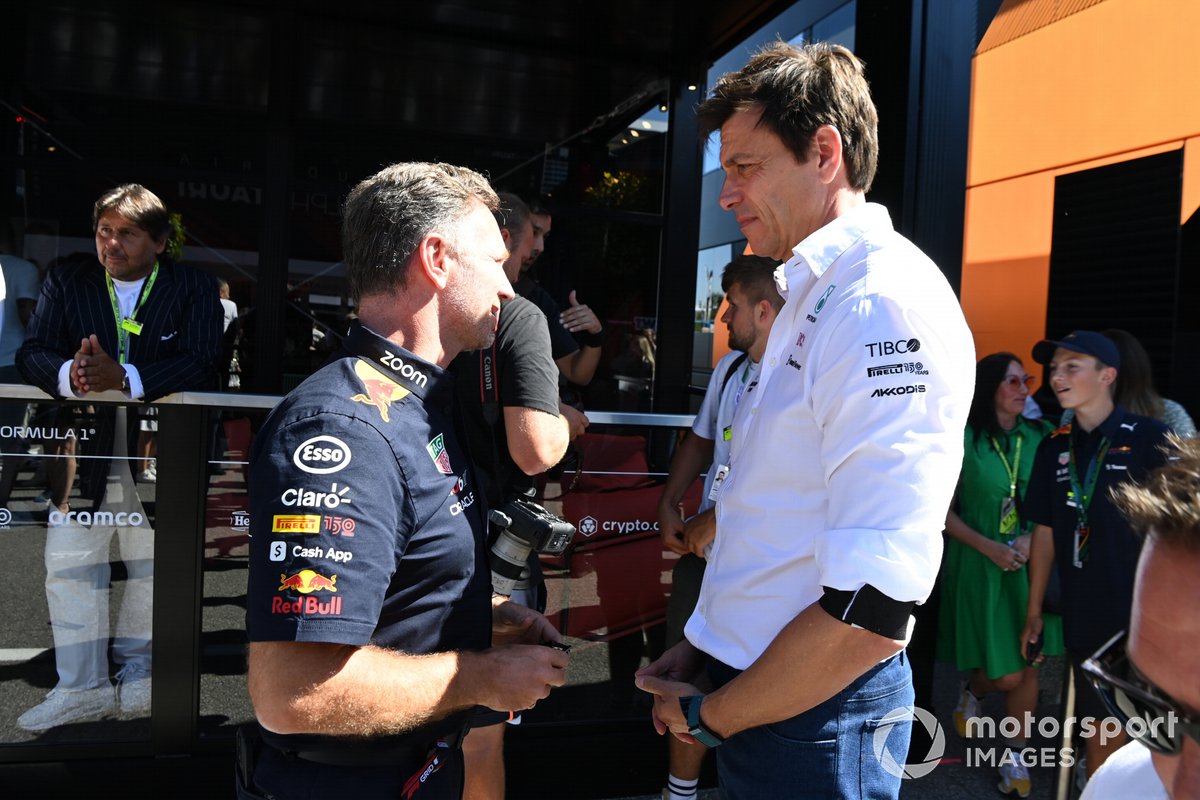 Hamilton says the Red Bull RB18 is currently “almost unbeatable” and suggests Max Verstappen’s true potential is unclear, as the Dutchman often sits “chilled” up front and not pushed.

He also admitted that Mercedes has no upgrades that will improve the situation, with the focus on next year’s car.

Together, Hamilton and team-mate George Russell have achieved three second-place finishes and ten thirds over the course of the season, and Mercedes is currently third in the championship, just 35 points behind Ferrari.

However, the team is running out of chances to win a race, meaning this could be the first season since coming into F1 that Hamilton has failed to take a win.

“We have to be realistic that Red Bull is almost unbeatable,” said Hamilton after the Italian Grand Prix.

“It will take some effort to beat that car. They are ahead of everyone in terms of performance.

ALSO READ  Does Tsunoda have what it takes to lead AlphaTauri if Gasly leaves?

“We haven’t caught them, there are no upgrades coming to catch up with them. And so it will take some fortune to head our way.

“And not impossible, because we could potentially have beat them in Budapest. But he [Verstappen] is generally chilled in the front so you never know their true pace. So we’ll see.”

Meanwhile, Mercedes team principal Toto Wolff said the team could not have done better than Russell and Hamilton’s third and fifth place finishes at Monza, given the latter’s start from the back of the grid.

“Yes, that’s the best possible result,” he said, when asked by TBEN whether the result was the best that could have been achieved.

“I think it was quite encouraging to see that at the start of the race [George] could hold OK.

“The most frustrating thing is we don’t have a product under him capable of fighting for wins, and we’re pretty far off, and that’s the reality.

“Monza in the simulation was not great for us. So I hope we can do better in the coming races and really fight with the top guys.

“And with Lewis, it was great to see him come out a little bit.” [traffic], he settled in well in the car, he drove a perfect race and I think I would have finished fifth anyway, even without a safety car. So I’m happy with that.

“But the overall result? Definitely the best we could have achieved, but relatively not good enough.”

However, Wolff still believes Mercedes can win one of the remaining six races this year.

“I think it would be great if we could win a race on merit, without grid penalties,” said the Austrian.

“If you had asked us about Spa, I think I would have said impossible, we would have almost won it after Zandvoort. And here it was not good.

“So I think that should be the goal. We don’t want to end the season without a race win, even if the sails are all set for 2023. It would be quite nice for all our people in a difficult season.”

About the next race in Singapore, he said: “I think the track layout should suit our car. Not the bumps.

“The simulations again say it should be one of our better tracks. But I’m trying to be on the say cautious side with any predictions for Singapore.”

Hamilton: “No plans to leave F1 “soon”, as Wolff predicts for another five years