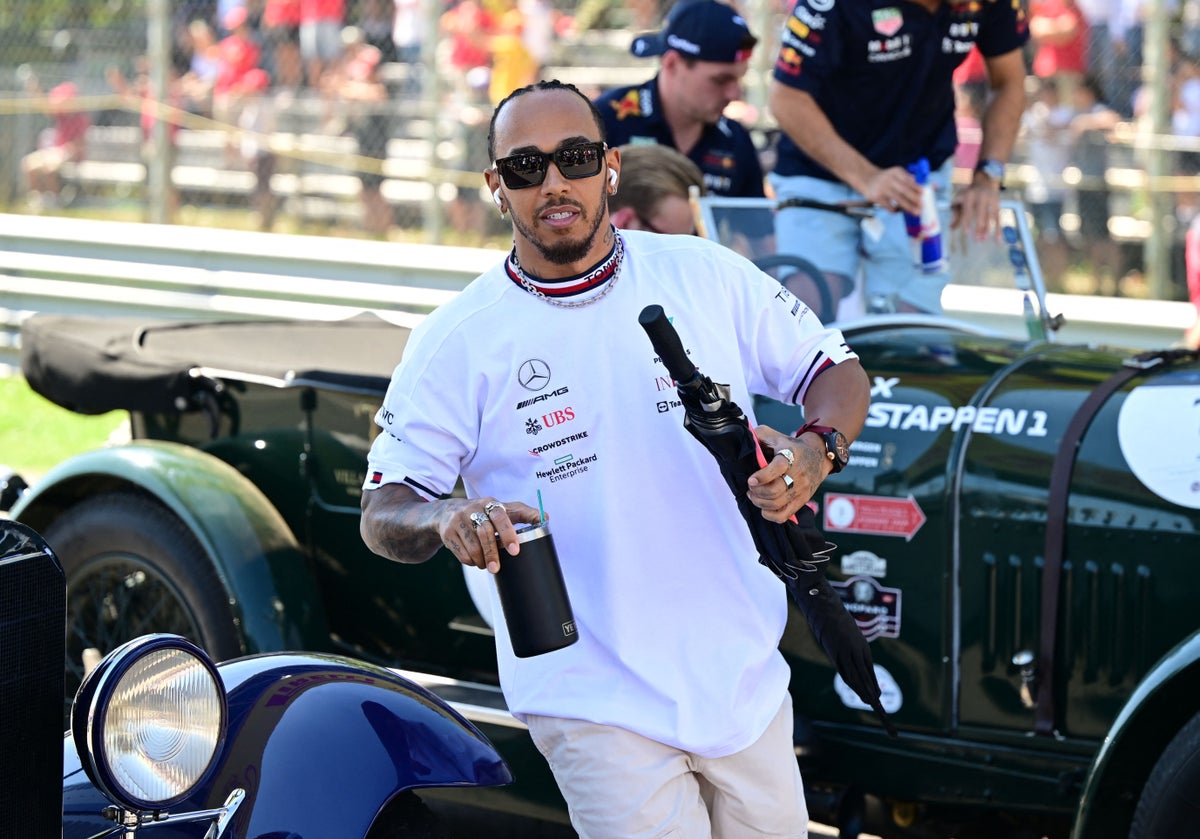 Lewis Hamilton says the safety car rules were correctly applied at the end of the Italian Grand Prix, but did point to Abu Dhabi last year, saying: “only once in the history of the sport have they have not applied.”

Sunday’s race at Monza was halted with five laps to go after Daniel Ricciardo pulled up on the side of the track with an engine failure, triggering a safety car and triggering the grid pitting for new tyres.

ALSO READ  Chris Eubank Jnr vs Conor Benn fight: when is it and what time does it start?

But when the car was eventually taken off the track there was not enough time to restart the race under green flag conditions, much to the frustration of second-placed Charles Leclerc and the Ferrari fan base for wanting a late sprint to the line with winner Max Verstappen.

Hamilton, who finished fifth, was asked about the final, referring to last year’s infamous defeat of the World Championship in the last race the winner took on in Abu Dhabi. pass him and claim the title.

“It always brings back memories, that’s the rule it should be, right,” Hamilton told Sky F1when asked about the end of the race behind the safety car.

“So only once, in the history of the sport, that they didn’t apply the rule.”

The seven-time world champion believed the rules were being followed this time, as did Mercedes boss Toto Wolff – who said race director Niels Wittich had done his job.

Michael Masi, last year’s race director, was sacked by the FIA ​​in February after the controversial end to last year’s exciting championship battle.

“The race director’s corner has been criticized, but this time they followed the rules,” he said.

“Maybe they could have done it a lap earlier or let George through, but they followed the rules and accepted the end of the race under a safety car. This is how it should be.”

Red Bull team boss Christian Horner insisted the race should have restarted under green flag conditions, believing there was “more than enough” time to get the race going again.

“We don’t want to win a race under a safety car,” Horner told Sky F1.

“And that’s something we’ve been talking about for many, many years for them to finish racing. There was plenty of time to get that race going. I think they (safety car) picked up the wrong car, they picked up George Russell.

“We had the faster car and we would have liked to have won the race on the track, not behind the safety car. So we share the disappointment of all the fans because it took away a grandstand seat. I would like to see the race play out. And you know, I think we would have won if there hadn’t been a safety car, we had enough speed in hand at the one stop we assumed.

“We had saved up a new set of tyres, we had a new set versus Charles’s polished set. But it was also for a grandstand finish that we didn’t get to see. And I think it goes against the principles of what we discussed earlier. So the biggest losers today were unfortunately the fans. But we have to look quickly to tackle it.

“We have to go through the details of it. But for me there was more than enough time to get that race going again. And again with a car that was not in a barrier. It was parked on the side of the track.”

Verstappen now has a 116-point lead over Leclerc in the World Cup with six races to go and could win the title in Singapore in three weeks.

Liz Truss: ‘We have to change – the status quo is not an option’