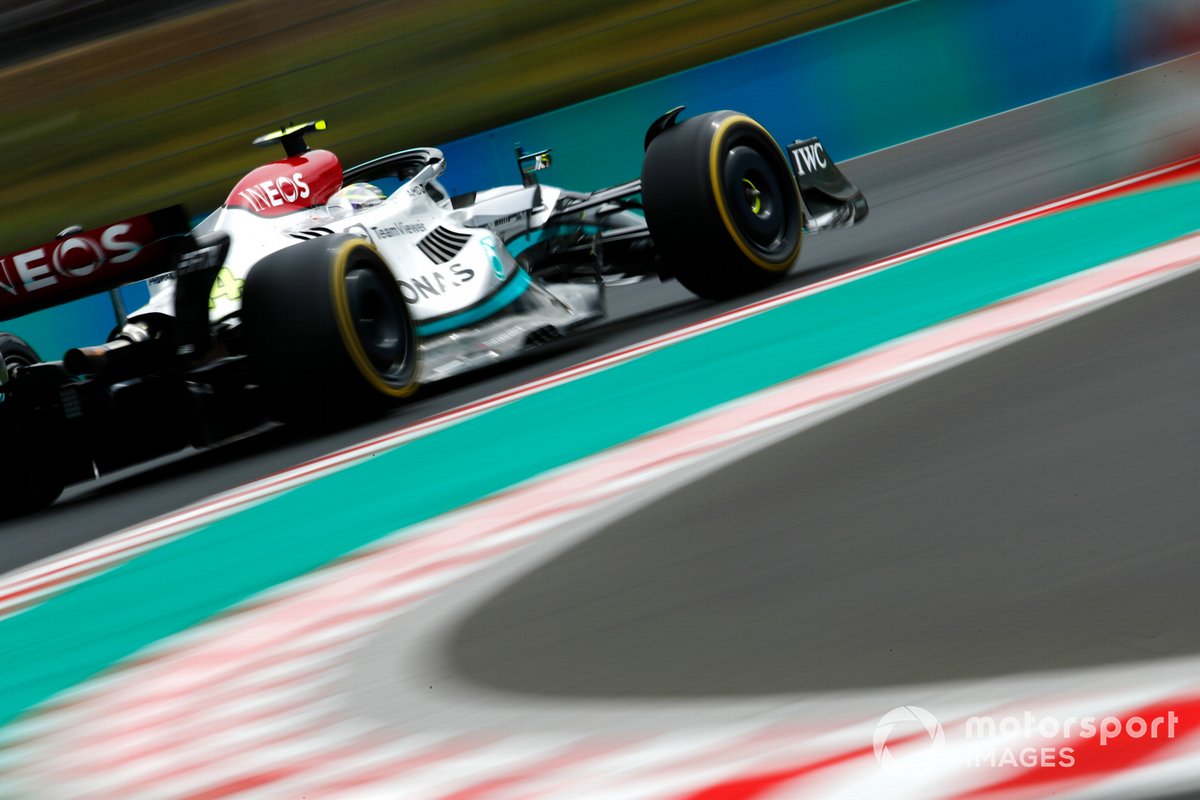 The Mercedes driver finished second in Sunday’s race, having finished seventh after a DRS failure on his final Q3 lap reduced his chances of matching teammate George Russell’s pole time.

Russell finished third with Max Verstappen taking the win despite having started 10th.

But seven-time F1 world champion Hamilton says that while cooler conditions on Sunday helped the team achieve its second consecutive double podium, he could have taken the win were it not for his battle on Saturday.

After the race he said: “I definitely think it seemed to work a bit better for us because it was a bit cooler. I can’t tell you exactly why, but I’m thankful for it.

“I was hoping it would rain at the end so I could challenge Max, but we ran out of laps.

“So a little better qualifying if the DRS had been okay yesterday we would have been in the race for the win.

“But anyway, two seconds in a row, I’m really happy. So a huge thank you to the fans for all the great support.”

Hamilton is now sixth in the drivers’ standings, just 10 points away from Carlos Sainz, while Mercedes is just 30 points behind Ferrari.

He says he doesn’t know where the team’s speed came from on Sunday, but added: “I definitely struggled at the start of the race and wasn’t sure if I could overtake the guys.

“But little by little I got a little more comfortable with the balance and also had a really good start.

“I really want to acknowledge to my team that they kept pushing and never give up in this difficult year we’ve had so far.

“But we are clearly closing the gap. And this is just a great way to go into the break, knowing we have this achievement.

“Hopefully we’ll bring some more into the second part of the season and start fighting with the guys up front.”

Hamilton: “Much more” needs to be done to help W Series progression

Ferrari: Idea for F1 team orders has been discussed more outside than internally