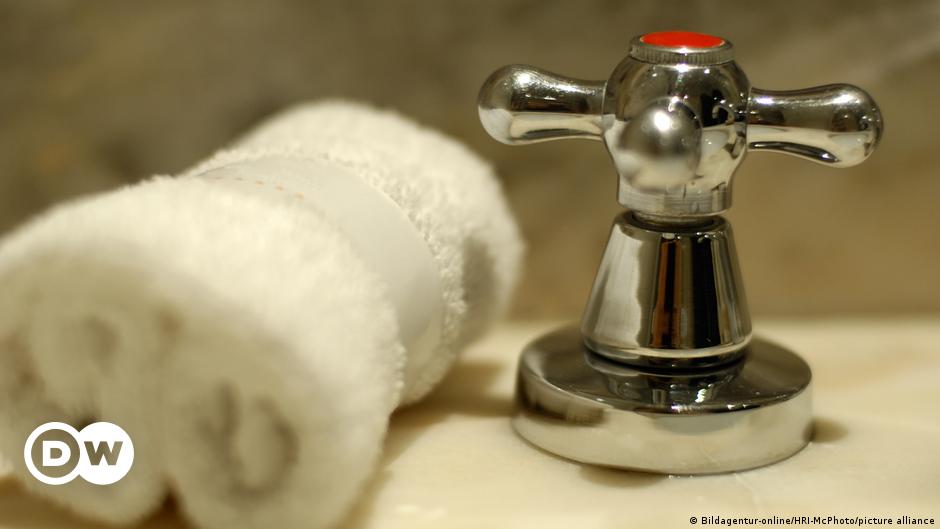 Officials in the central German city of Hanover have announced plans to cut energy consumption by 15% this winter, ahead of the expected gas shortage this winter.

The city has become the first major European city to turn off hot water in public buildings, with no hot water in toilets and no hot showers at swimming pools and gyms.

Hanover joins other German communities in pushing to curb consumption as the threat of a complete or partial cut off of gas from Russia looms due to sanctions and the war in Ukraine.

What are the measures?

The city limits the period in which public buildings are heated between October and March, with the maximum temperature generally set at 20 degrees Celsius (68 degrees Fahrenheit).

In parking facilities and in public transport, the maximum is between 10 and 15 degrees. More generally, heating will be turned off or reduced in areas where it is not strictly necessary.

Sports halls and gyms would also be asked to limit heating to 15 degrees, without hot water when showering.

There will be no more outdoor lighting of public buildings, museums and landmarks, with wider efforts to limit permanent lighting in buildings. Public fountains are also closed.

Why is Hanover doing this?

Mayor Belit Onay said that Hanover, the capital of the state of Lower Saxony, wanted to prepare as best as possible for an unpredictable situation.

“The goal is to reduce our energy consumption by 15 percent. This is a response to the looming gas shortage, which poses a major challenge for the municipalities – especially for a large city like Hanover,” explains Onay. “Every kilowatt hour saved protects the gas storage.”

Axel von der Ohe, head of the finance and regulatory department, said it is important to prepare and conserve energy before an expected bottleneck in supplies occurs.

“Right now we are on alert,” he said. “Gas is scarce, but demand can still be covered. In this situation, it is important for us to save energy as a precaution before an emergency occurs.”

In the Bavarian city of Augsburg, the municipality had lowered the temperature in public swimming pools and is also trying to limit heating in public buildings

The German Association of Cities and Towns says reducing street lighting is also one of the measures that local authorities are considering.

Officials in the city of Mainz and Weimar have already introduced such measures, turning off the lights in certain areas and at specific times.

The Berlin Senate announced on Wednesday that it would lower the heating of some 200 public buildings and that a number of monuments would no longer be lit. These include the Berlin Cathedral, the Red City Hall and the Berlin Victory Column.

Meanwhile, an internal affairs council in Germany’s lower legislative house, the Bundestag, approved a plan earlier this month to save energy if needed, including heating rooms less in winter.

The state parliaments, including those of Rhineland-Palatinate and Saarland, have also announced measures to reduce heating needs.