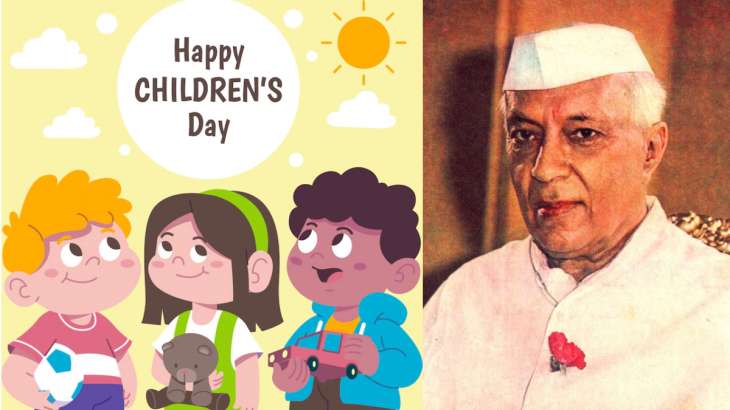 Happy Children’s Day 2022: In memory of Pt Jawaharlal Nehru, Children’s Day is celebrated every year on November 14. The day is dedicated to the birthday of Nehru, India’s first Prime Minister. Before his death, Children’s Day or Bal Diwas was celebrated on November 20, which coincided with Universal Children’s Day by the United Nations, but after Nehru’s death in 1964, his birthday was chosen as the date for Children’s Day in India. On this day, schools and colleges organize special events for children and multiple organizations come forward to spread awareness about education, children’s health and the issues they face.

ALSO READ  Stephen King Isn't A Fan Of Elon Musk's Twitter, And He's Not The Only One

Pandit Jawaharlal Nehru was born on November 14, 1889. He had founded several educational institutions such as Indian Institutes of Technology, All India Institute of Medical Sciences and Indian Institutes of Management. Children adored him and affectionately addressed him as ‘chacha Nehru’. It was his love for children that after the death of Jawaharlal Nehru, his birthday was celebrated as Children’s Day in India.

pt. Jawaharlal Nehru said: “Today’s children will make tomorrow’s India. The way we raise them will determine the future of the country.”

Why did Jawaharlal Nehru pin red rose on his jacket?

While many say that Chacha Nehru loved red roses and that’s why he chose to add one to his jacket, others say he got a rose from a little girl at one of his rally and he decided to carry one with him ever since. . However, as shared by the Indian National Congress on his verified Instagram account, India’s first prime minister pinned a rose in memory of his wife.

ALSO READ  Turns out your dog can smell when you're stressed

“#DidYouKnow: Pt. Jawaharlal Nehru pinned a fresh red #rose on his jacket every day as a reminder of his life with his wife Mrs Kamala Nehru, who died in 1938 after a long illness. #ThrowbackThursday #JawaharlalNehru,” the post reads.

I wish everyone a very happy children’s day!

Concerned about the economy? Career Cushioning may be the answer

25 things to do in Bergen, Norway

Pepsi teams up with Lindsay Lohan to make ‘pilk’