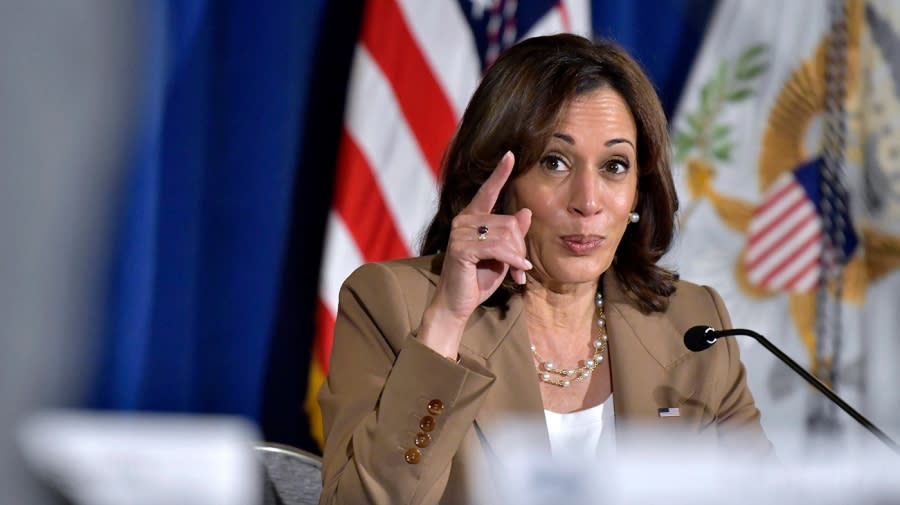 Vice President Harris said in an interview that aired on Sunday that she would run on President Biden’s ticket again in 2024 if he decides to run for re-election.

“The president has been very clear that he intends to participate again,” Harris told host Chuck Todd on NBC’s “Meet the Press.”

“And if he does, I’ll run with him proudly,” Harris added.

Biden and his aides have insisted the president plans to run for re-election if his health permits.

But some Democrats have dodged questions about whether they would support another White House bid from Biden, the oldest president in US history, who also faces low approval ratings.

However, its approval rating has progressed in recent days after a string of recent legislative victories for Democrats and declining inflation, though it still remains underwater.

ALSO READ  This is not bail reform, this is madness

If Biden decides to run for a second term, his candidacy could lead to a rematch in the 2020 game against former President Trump.

The former president has remained active in Republican politics since his departure from the White House, focusing in particular on approving midterm election candidates who support his baseless claims of mass electoral fraud.

Trump has said he has already made a decision on whether to make a third bid for the White House, but has not made a formal announcement yet.

A Yahoo-News-YouGov poll released last week found that Biden had a 6-point lead in a hypothetical rematch between the two presidents.

A separate USA Today-Ipsos poll last month found that more than half of Democratic voters — 56 percent — said they don’t want Biden running for a second term.