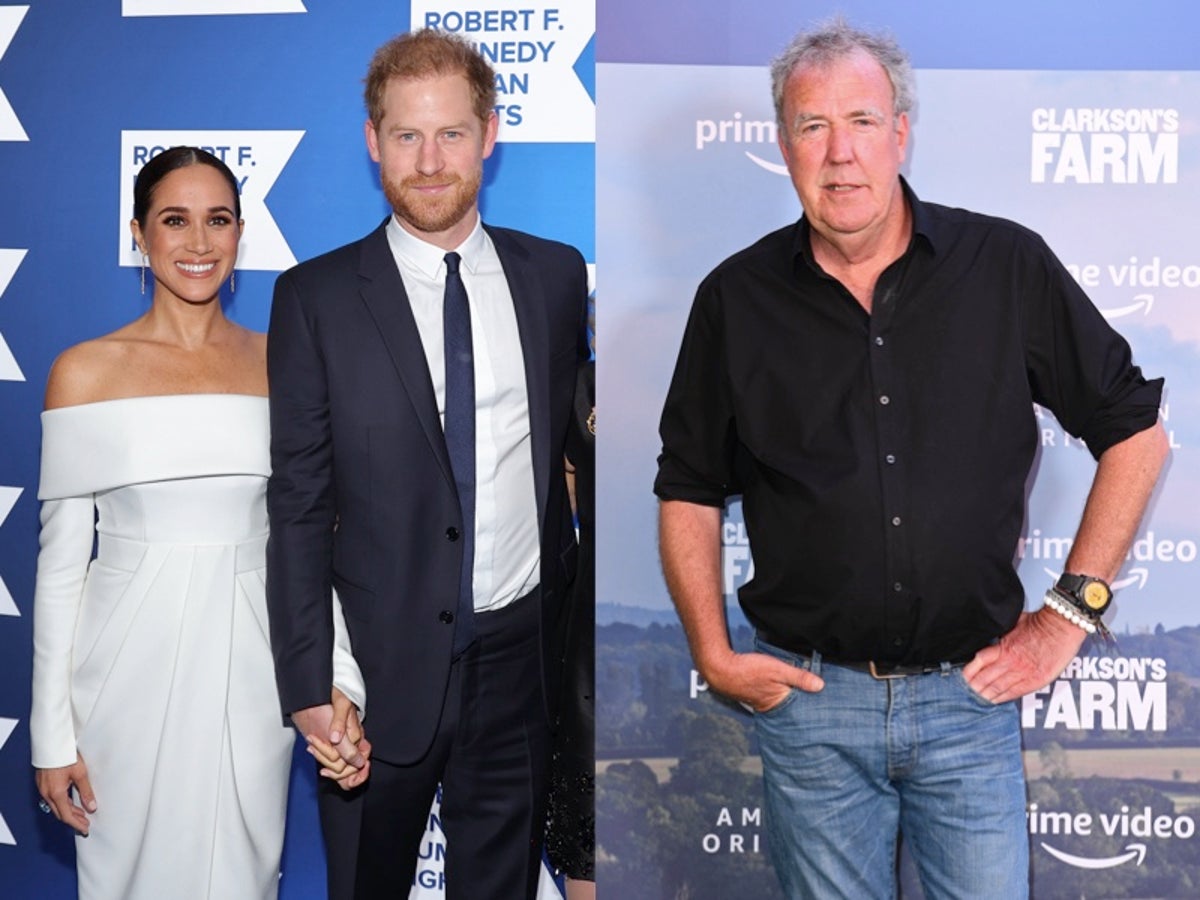 Jeremy Clarkson failed to address his “longstanding pattern” of writing articles that spread “hate rhetoric” when he apologized to Meghan for his Sun column, the Sussexes have claimed.

The TV presenter apologized to Prince Harry and Meghan, the Duchess of Sussex, on Monday evening over a “shameful” piece he wrote about the latter in December last year.

But the couple said Mr Clarkson was “only” writing to Prince Harry, who was not the subject of his piece. They also rejected his claims that he wrote the column “in a hurry”.

In the article, the former Top Gear presenter said he despised the Duchess on a “cellular level”, adding that he dreamed of the day when she would have to parade around Britain naked as a crowd chanted “shame” and “excrement” threw at her.

Mr Clarkson said in his apology: “I’m really sorry. All the way from the balls of my feet to the follicles on my head. This is me raising my hands. It’s a mea culpa with bells ringing.”

ALSO READ  Most recent war between Ukraine and Russia: Ukraine will receive 100 Leopard 2 tanks if Germany reaches an agreement

What exactly did the Sussexes say in response to Clarkson’s apology?

The Duke and Duchess of Sussex have responded to Jeremy Clarkson’s apology for his highly criticized comments about Meghan Markle.

The couple’s statement, reported by Yahoo’s Omid Scobie, reads: “On December 25, 2022, Mr Clarkson wrote exclusively to Prince Harry, the Duke of Sussex. The contents of his correspondence were marked Private and Confidential.”

You can read the statement in full here:

The Prince of Wales revealed his love of steaks when he took part in a cooking class for young carers, but confessed that his sauces need more work.

William met the young people supported by Together As One, a charity founded 25 years ago to help fight gang violence in Slough and which now offers a wealth of services from sports activities to a Global Grub workshop.

“I’ll do a mean steak. My sauces come out quite dry or lumpy, I need to work on that.”

Prince Harry shows “obvious” signs of “happiness and joy” when he talks about his wife Meghan, the Duchess of Sussex, a body language expert has claimed.

Darren Stanton also claimed that the Duke’s non-verbal communication shows that he “loves life in California”.

“While I was talking about moving to America, I saw real flashes of happiness and joy,” he said on behalf of Betfair Casino.

ITV is silent on Clarkson’s future

ITV is silent on Jeremy Clarkson’s future after his ill-received apology to the Sussexes over a “digraceful” column he wrote about Meghan.

Mr. Clarkson presents the Who wants to be a millionaire quiz how on itv. But broadcasting bosses would not confirm that Email online if Mr. Clarkson continued to host the show.

It follows that Mr. Clarkson is dropped by Amazon Prime Video.

As my colleague Andy Gregory Previously reported, officials in Iran believe Prince Harry’s admission to killing Taliban fighters in Afghanistan means the UK is “not in a position to preach” about the execution of a British-Iranian.

The heir to the throne met with volunteers in Aik Saath, which was set up to tackle gang violence in Slough.

The visit was originally scheduled for September, but was postponed after the late Queen’s death.

The Iranian regime has tried to use Prince Harry’s comments about killing Taliban fighters to undermine the British government’s outrage at Tehran’s “barbaric” execution of my colleague Alireza Akbarim. Andy Gregory reports.

Britain moved sanctions against Iranian Attorney General Mohammad Jafar Montazeri last week after the British-Iranian was hanged over allegations of espionage by the regime of Ayatollah Khamenei.

Foreign Secretary James Cleverly said the government is “holding the regime to account for its appalling violation of human rights”, which Prime Minister Rishi Sunak condemned as a “callous and cowardly” assassination by a “barbaric regime with no regard for the human rights of their country”. own people”.

Jeremy Clarkson already got a second chance. He shouldn’t get a third

Reports suggest that the ex-Top Gear presenter’s lucrative Amazon deal may be coming to an end following his dire comments about Meghan Markle. But writes Louis ChiltonClarkson has been telling us exactly what kind of person he is for years – why didn’t everyone believe him?

TK Maxx denied Prince Harry’s claim about shopping at the retailer during the annual sale, which he mentioned in his new memoir, Reserve.

In his book, which was released on January 10, the Duke of Sussex reflected on purchases from TK Maxx during their “once-a-year sale”. However, TK Maxx has now responded to the royal family’s claim, noting that its stores are not “selling”.

ICYMI: Royals ‘must get to work’ to reconcile with Harry and Meghan ahead of coronation

The two sides have not spoken since the publication of the Duke of Sussex’s explosive memoir, in which he criticized his older brother William and his father, King Charles.