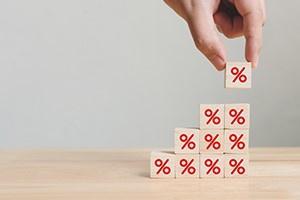 Has inflation finally peaked? The signs indicate that the answer is yes – and that it will continue to fall. So let’s take a closer look at those signs, including what happened and why.

Inflation is simply higher prices. That doesn’t really tell us much until we consider why prices are rising. And here are two ways to view it. One is to look at the increases in different components (energy, food, goods and services are the most important) and then conclude that we can understand inflation from those changes. For example, recently energy and food prices rose and inflation increased. This is helpful and necessary, but not exhaustive, largely because it looks backwards. It can tell us what happened, but not why.

The second way to look at inflation is to look at the conditions that give rise to it. This is the monetarist statement, which focuses on interest rates and the money supply. The quote often heard is that “inflation is always and everywhere a monetary phenomenon”, from Milton Friedman. This approach is also useful and necessary, but not exhaustive. It tells us why inflation happens, but not exactly what happened.

I would say there are three causes of inflation: changes in supply, changes in demand, and changes in money. The more of these factors are present, the higher inflation has been in recent decades. When we look at it that way, we not only gain explanatory power in the past, but we can also understand what has happened in recent years by tying the two explanations together along with some theory. Most importantly, we can use it to see where we’re going.

How have these three components changed over the past two years? After the pandemic, we had all three inflation generators in play. Demand was up, with covid-19 stimulus programs. The supply was lost, with problems in the supply chain. And money was cheap, with zero and negative real interest rates. With all three at full throttle, no wonder we saw an explosion of inflation.

How things have changed

Now things are changing again. Turning to demand, while strong employment has kept demand relatively high, stimulus payments have been spent and real wage growth has been negative, bringing levels lower than six months ago. Supply chain problems have also largely subsided and even energy and commodity cost spikes have faded. Finally, interest rates have risen sharply, the effects of which are already visible on the housing market. Of all three factors of inflation, we are now down to maybe one, in the form of demand. That’s a big change. And if the theory is correct? We should also see inflation fall.

The individual components of inflation continue to develop as expected. Going forward, we can reasonably expect inflation to fall further, probably to between 3 and 4 percent by the end of next year.

For now, the real conclusion is simply that inflation has peaked here in the US, and that has many positive implications for the economy and markets.

How to Avoid the Worst Sector ETFs 4Q22