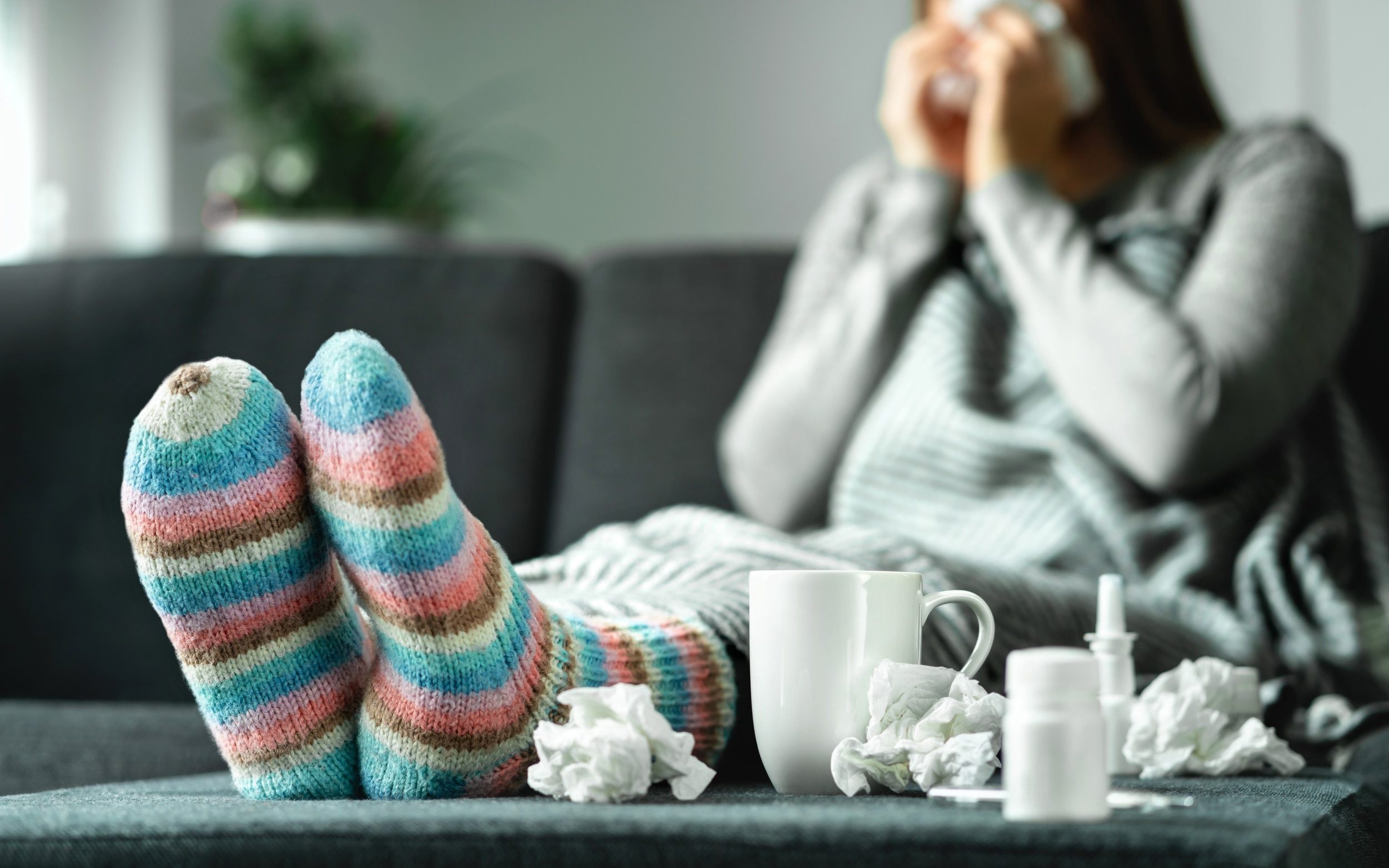 The tweet received over 15,400 likes, with many responding with their own accounts of the dreaded disease.

In the pre-pandemic world, colds were not something to be taken seriously; it was quite common to endure a day’s work blowing a handkerchief or to attend a meeting with streaming eyes. But for the record, it is almost impossible to spend a day at work in the super cold. A social media call revealed a range of symptoms, from “sandpaper throat” to “total fatigue”. One person replied that she was in week 5 of a cold and had a cracked rib from all the cough.

It’s normal for colds and other respiratory tract infections to spread quickly in September when schools return and autumn arrives, and Public Health England surveillance released this month showed the number of people presenting with it. of colds and other respiratory infections is on the increase, especially in those under 15, although cases are also increasing in the elderly.

However, 18 months of Covid restrictions such as social distancing, wearing masks, and hand sanitizing may have increased our susceptibility to colds. Some experts call this “immune debt,” which occurs when people who have not been exposed to normal levels of viruses and bacteria experience an increase in infections when they come in contact with a virus.

ALSO READ  How to create a luxury kitchen on a budget

With this particularly nasty cold on the rise, here’s everything you need to know about it, from reported symptoms to why it’s believed to be spreading.

What is “super-cold” and how is it different from a normal cold?

The common cold is caused by over 200 different strains of the virus. Professor Ronald Eccles, professor emeritus at Cardiff University and former director of the Cold Center, believes the “super cold” currently circulating is respiratory syncytial virus (RSV). The majority of people will have symptoms similar to those of a common cold, but, in babies under two years old and the elderly, it can cause more serious illness. RSV is particularly common: 65% of children will be infected with the virus before they are one year old. By the age of three, that figure reaches 97 percent of children.

One of the problems with RSV is that it is very contagious. It is transmitted by coughing and sneezing but, unlike the coronavirus, it is also spread widely by hands and surfaces. This means that it is almost impossible to stop the virus from spreading among children in classrooms. In July, the Academy of Medical Sciences warned that a multitude of respiratory viruses, including influenza and RSV, could return in winter and add to the strain of Covid on the NHS.

Many people with the super cold have reported experiencing illnesses for longer than normal or, like Kelly, having additional symptoms after a brief recovery period. As London-based GP Zoe Broughton sees, it could be because we’re more likely to get a different cold virus during our recovery period. “You can feel like you have a never-ending cold when in fact you’ve just been unlucky and contracted two cold viruses one after the other,” she adds.

What are the symptoms of “super-cold”?

People with “super-cold” report symptoms such as sinus and lung infections, cough, sore throat, fatigue, and loss of taste and smell. These symptoms are similar to those of Covid-19, but patients are not positive on PCR tests. Some patients with what is called super-cold describe being bedridden for days.

Why do we think it’s circulating now?

Professor Eccles explains that months of confinement have reduced our immunity to viruses that cause colds. “Normally, we are exposed to these viruses on a daily or weekly basis. But now we’re like unconditioned athletes who haven’t trained for a year. We suddenly have this virus and our immune system overreacts to it, ”he says. This could explain why so many people suffer from more severe symptoms than those caused by a regular cold.

Usually, says Professor Eccles, we would develop immunity to cold viruses on both an individual and community basis. “You would normally expect more than half of people to have been exposed to this virus in the past five or six months. Now it has entered the community when no one is immune and it is spreading like wildfire, ”he says.

Broughton agrees, adding that our bodies don’t produce long-term immunity to the common cold. “Your level of immunity to a cold virus depends on your residual antibody levels after a cold – these decline quite quickly after first exposure to a cold,” she says. “That means rather than having a milder version of a cold you get a full shot of muscle aches, sore throats, snot and headaches and all of those other cold symptoms. “

Queen could step down as Charles “prepares to take over”, expert says

Arteta sparks interest in Richarlison who could reshape Arsenal attack

The Bharat Express News - December 9, 2021 0
Arsenal are considering a move for Everton forward Richarlison as Mikel Arteta plans the future without Alexandre Lacazette and Pierre-Emerick Aubameyang, according to a...

And Just Like That… premiere: The Sex and the City ladies...

Queen could step down as Charles “prepares to take over”, expert...

Stories You May Have Missed, December 9 – TBEN Singapore News

Arteta sparks interest in Richarlison who could reshape Arsenal attack

And Just Like That… premiere: The Sex and the City ladies...

Queen could step down as Charles “prepares to take over”, expert...