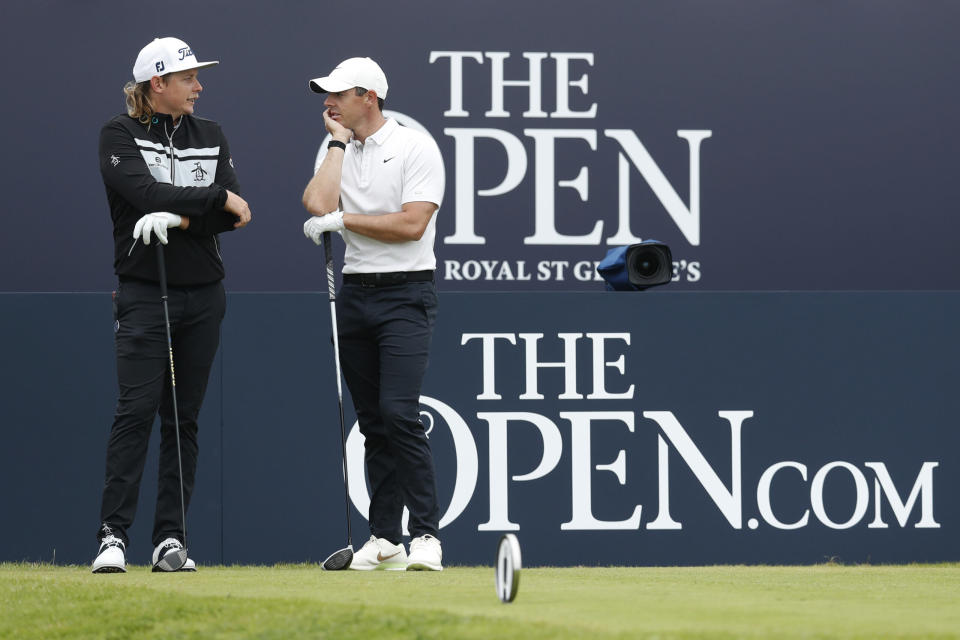 It was a day that can be summed up in one club. During the final round of the 150th Open Championship in St. Andrews, Rory McIlroy was unable to buy a putt while Cam Smith made everything he looked at.

The result was a pursuit win by the Aussie, with McIlroy leaving another 2022 major with a top-10 finish but without the hardware.

Two days after he hoisted the Claret Jug, Smith received a phone call from the Northern Irishman and, unsurprisingly, the conversation eventually turned to LIV Golf.

“I’ve always respected Rory, and I like what he says on the golf course,” Smith told the Sydney Morning Herald this week ahead of the Fortinet Australian PGA Championship. “He said, ‘Congratulations.’ It had maybe a few little jabs in it. He was happy that I played well and that it was a good tournament. Then we talked about the PGA Tour and LIV.

“There were a lot of things he wanted me to know before I made my decision. I wouldn’t say he tried to talk me out of it right away, but he definitely wanted me to stay.

During his post-Open press conference, Smith faced questions about LIV and rumors that he was headed for the Saudi-backed competition. Talks about his future continued at the Tour Championship in August and finally LIV officially announced Smith as a new member on August 30.

Smith debuted with a fifth-place finish at Boston before winning the stop at Chicago.

Viktor Hovland approaches on repeat, Justin Thomas bounces back and more out of round three at the Hero World Challenge