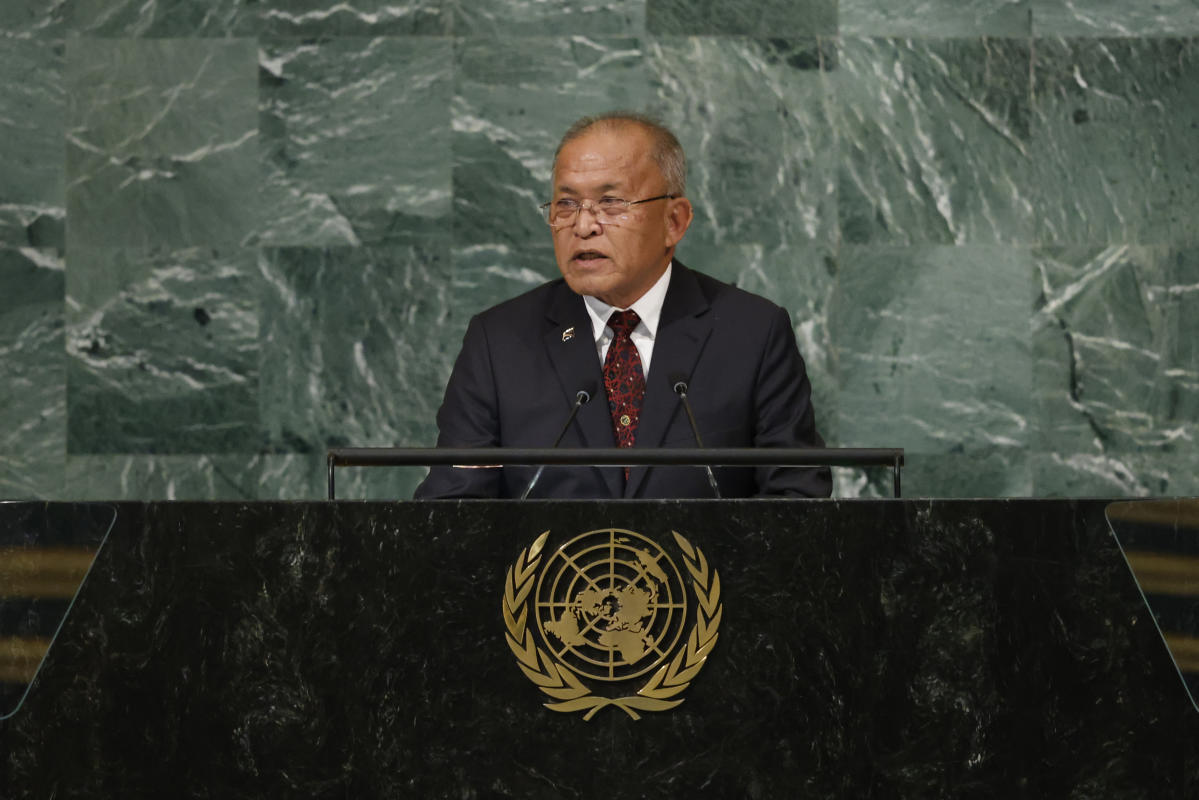 UNITED NATIONS (TBEN) — It was 31 years ago when the first president of the Marshall Islands, Amata Kabua, appeared before the UN General Assembly to sound the alarm about global warming. Today, his son – current President David Kabua – is still sounding the alarm, which has only gotten worse.

“Today we renew our call to the world to declare all-out war on the greatest challenge of this century: the monster of climate change,” he said.

Kabua lamented the fact that after so many years, “the world has failed to break our addiction to fossil fuels.”

“We are not investing enough in life-saving adaptation, especially for small island states,” he said.

He urged world leaders to dramatically increase renewable energy while tackling sectors that rely on fossil fuels, including aviation and shipping. He pointed to the Marshall Islands’ carbon tax proposal for international shipping, which he said will “promote the transition to zero-emission shipping, channeling resources from polluters to the most vulnerable.”

UN Secretary-General Antonio Guterres has also encouraged them to go after the world’s biggest polluters. In his opening address to the meeting on Tuesday, he urged wealthier countries to tax energy company profits and channel the funds to both “countries suffering loss and damage caused by the climate crisis” and countries struggling with the climate crisis. rising cost of living.

Kabua, along with leaders from Tuvalu and Kiribati, plans to launch the Rising Nations Initiative on Wednesday to push for innovative efforts among the Pacific Atoll Islands to combat climate change.

Also on Tuesday, Kabua described his growing concern over the testing and detonation of nuclear weapons, calling the Marshall Islands “ground zero for testing the 67 nuclear and thermonuclear weapons for 12 years during the UN- and US-administered trusteeship era.”

“The exposure of our people and our land has created an impact that lasts for generations — and will last,” Kabua said. “These impacts on our human rights, land, culture, health and lives are burdens that no other country or country should ever bear.”