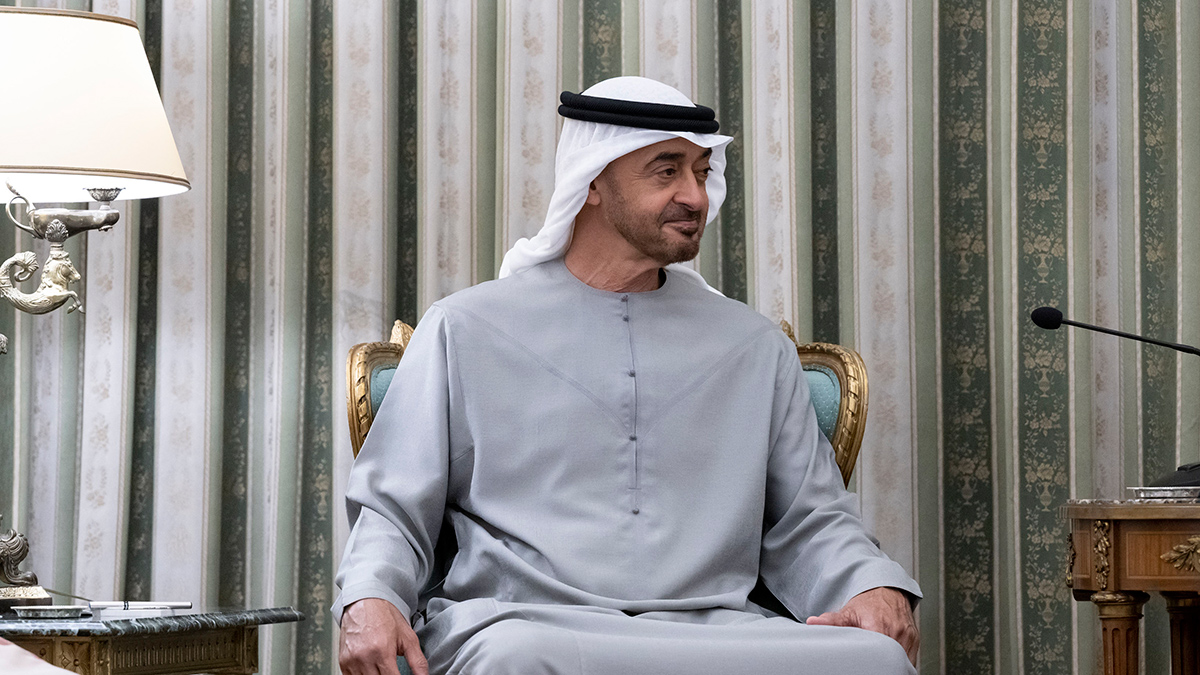 Yesterday, His Highness Sheikh Mohamed bin Zayed Al Nahyan, President of the State, made a phone call to Liz Terrace, congratulating her on the occasion of her assumption of the position of Prime Minister of the United Kingdom, wishing her success in her new duties and serving her friendly country and people. His Highness wished Britain and its people continued progress, stability and prosperity, and the relations of the two countries further development.

His Highness the President of the State affirmed his pride in the historical friendship and partnership relations that unite the UAE, Britain and their peoples, expressing his keenness to work together to consolidate and build on these relations towards further development and development of the two countries’ cooperation for the good of their peoples and in a manner that serves regional and international security, stability and peace.

For her part, the British Prime Minister expressed her sincere thanks and appreciation for the congratulations of His Highness the Head of State, and for the good feelings expressed by His Highness towards Britain and its people.

In addition, His Highness Sheikh Mohamed bin Zayed Al Nahyan sent a written message to João Manuel Lourenço, President of the friendly Republic of Angola, congratulating him on his re-election.

The message was delivered to Lourenço, Sheikh Shakhbut bin Nahyan Al Nahyan, Minister of State, during his participation in Lourenço’s inauguration ceremony, which was held in the capital, Luanda.

Sheikh Shakhbut bin Nahyan also conveyed to Lourenço the congratulations of His Highness Sheikh Mohamed bin Zayed Al Nahyan, President of the State, and His Highness Sheikh Mohammed bin Rashid Al Maktoum, Vice President and Prime Minister of the UAE and Ruler of Dubai, and their Highnesses’ wishes for him success and achievement of all that he aspires to. The friendly Angolan people of progress and prosperity.

He referred to the growth and development of relations between the UAE and the Republic of Angola, stressing his country’s aspiration to strengthen cooperation with the UAE at all levels.

For his part, Sheikh Shakhbut bin Nahyan praised the strong relations between the UAE and the Republic of Angola in all fields, stressing the UAE’s keenness to strengthen cooperation frameworks between the two countries and transfer them to broader horizons in order to achieve the aspirations of the two friendly countries and peoples.

The British Prime Minister expressed her appreciation for the congratulations of the Head of State and for his good feelings towards Britain.

Angolan President: We look forward to strengthening cooperation with the UAE at all levels.

“National Meteorology” warns of low visibility due to fog