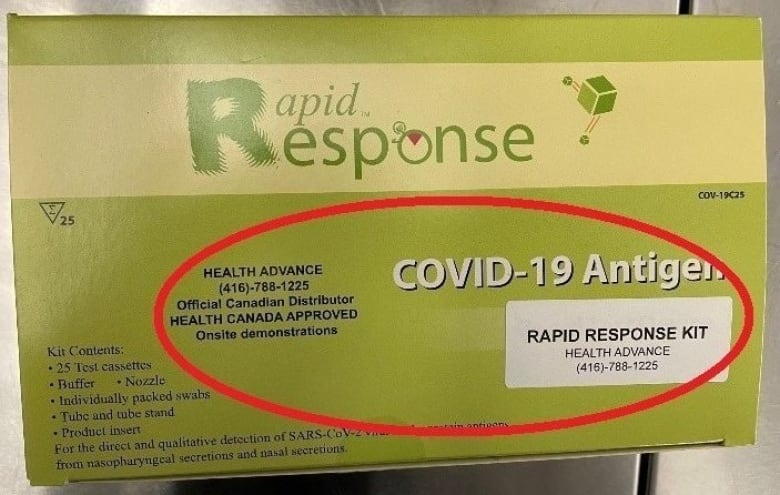 Health Canada asks Canadians to look out for fake COVID-19 rapid test kits, after some were found in Ontario.

The fake kits appear to come from one manufacturer: “Health Advance Inc.” — whose name and number are pasted on the box. The online distributor that sold them was ‘Healthful Plus’.

However, an authentic kit box is sealed with a clear blue lettered sticker that reads ‘QC APPROVED’.

The manufacturer appears to no longer make the kits, and the distributor’s website is no longer active, Health Canada said.

The entire shipment, which contained 435 boxes of the 25-pack kits, was purchased by a buyer for personal use and later sent to Health Canada.

The health service says it has no evidence that more counterfeit kits have been distributed in Canada.

While similar to authentic test kits, these fake kits come in a green box, but the labeling is inaccurate, inconsistent and lists a company that Health Canada says does not have the required license to import medical devices into the country, distribute or sell.

Health Canada also has not tested the safety and effectiveness of the fake kits, it said in the advisory. If a kit is suspected to be fake, people should not use it, throw it away and report it to Health Canada, the agency said.

Quantum computers may be on the market sooner than you think. And Canadian companies lead the way | TBEN News

Have we been treating depression the wrong way for decades? | TBEN News